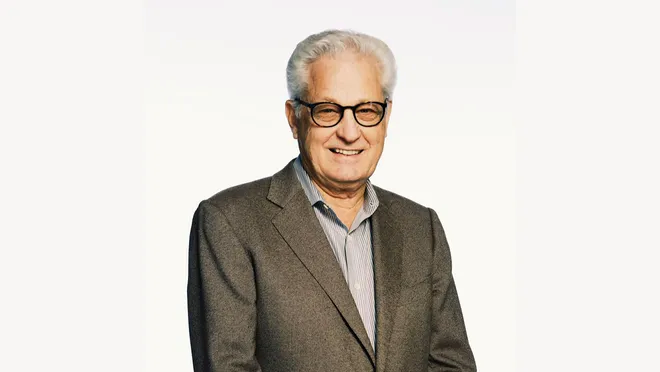 In this episode of “Life’s Tough—YOU Can Be TOUGHER!” host Dustin Plantholt talks to David Green, Founder of Hobby Lobby as he shares his unconventional leadership wisdom and his billion-dollar success story.

In 1970, David Green and his wife borrowed $600 to make miniature picture frames out of their garage. Two years later their small home-based arts and crafts business was making enough money for them to afford a modest commercial space, and thus Hobby Lobby was born.

Green recalls in the early years how they were struggling to survive. They stayed the course one day at a time and over the next 50 years turned that tiny $600 loan into an $8 billion debt-free business, with nearly 1,000 locations and 43,000+ employees. Green says he has “the sense” that they can get to ten billion. Right now, that’s what he’s working on.

No successful business enjoys longevity without making a lot of mistakes and Green says Hobby Lobby is no exception. He believes that everyone has God-given gifts, and one of his is not hiring people. He’s learned to look for folks with integrity, who are hardworking, but he also looks for something else that’s important ­– he looks for people who are smarter than he is.

Many remarkable leaders have touted the same philosophy from Confucius to Tony Robbins: surround yourself with capable people and allow them to do their jobs. Green says being the CEO is the easiest job he’s had so far because he has such great leaders on his team, many of whom have been with Hobby Lobby for decades.

“I’d like to think we learn from each other,” says Green of his relationship with the executives helping to steer the ship. It’s another of his success tactics—listening to others.

Coming from humble means, Green hails from small town Oklahoma, the son of a Christian pastor. This self-made man didn’t have a trust fund or the benefit of a fancy education, he says money has never been his motivation. What does motivate him is being the very best. He quotes a verse from the Bible’s Book of Ecclesiastes as inspiration, “Whatever your hand finds to do, do it with all your might.” In fact, the 80-year-old CEO aims to follow biblical principles in everything he does, at work and at home. Even back when he was the manager of a five-and-dime, he always put his marriage and his family first. He does, however, still go to work six days a week, but now if his wife wants him to herself on a Saturday, he gladly complies.

His faith continues to serve as the bedrock of his life. His family relies on prayer to help get them through challenges. And big companies don’t come without them, like the $40 million monthly rent bill during the pandemic when no money was coming in. Being flexible and adjusting to change are also hallmarks of his success.

Green recently made headline news when he talked about how true ownership of Hobby Lobby belongs to God, a decision that was easy for Green to make. Green now defines himself as a steward, rather than an owner, with the voting stock in a stewardship trust. He’d like to see more business owners do the same.

He still oversees the company and its growth, which affords him the privilege of giving back. The company invests 50% of its profits to fund charitable ministries all over the world and has been doing so for the last 22 years.

Because he’s done so many things differently, Green’s new book is titled, Leadership Not by the Book: 12 Unconventional Principles to Drive Incredible Results.

No one can argue with his results.