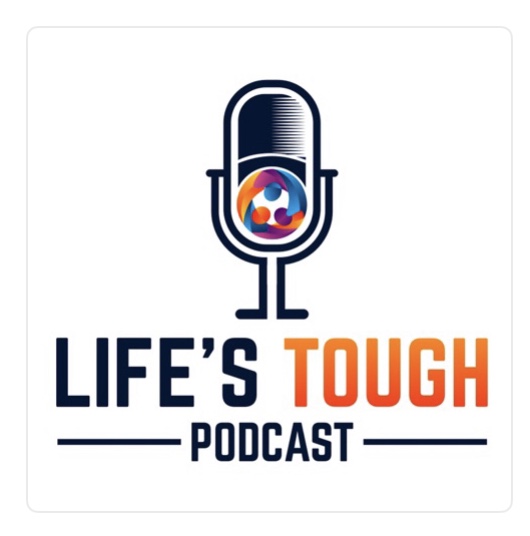 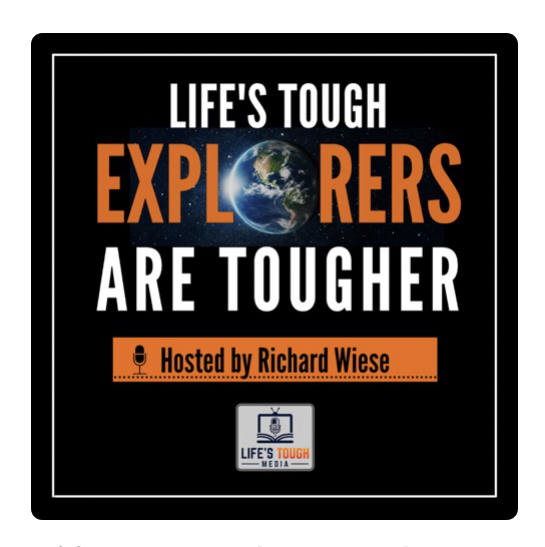 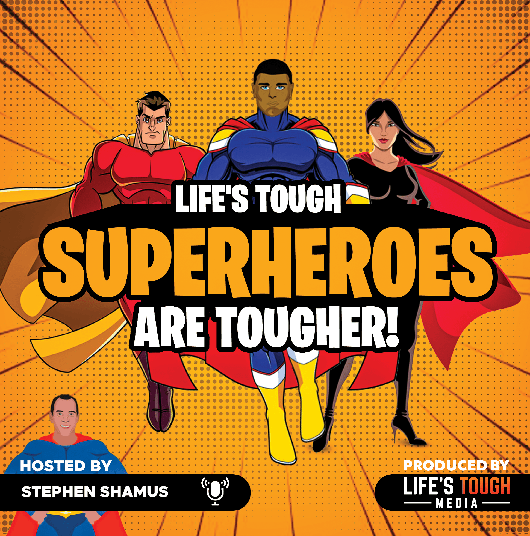 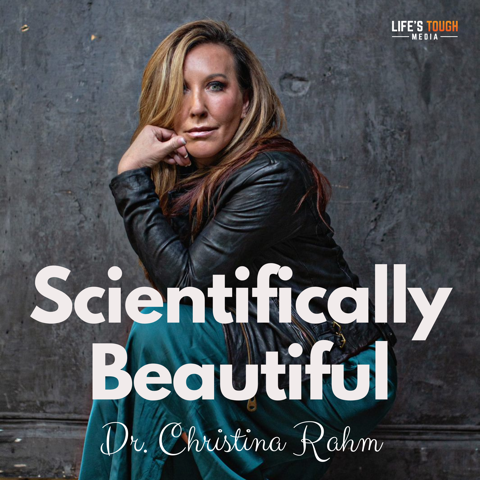 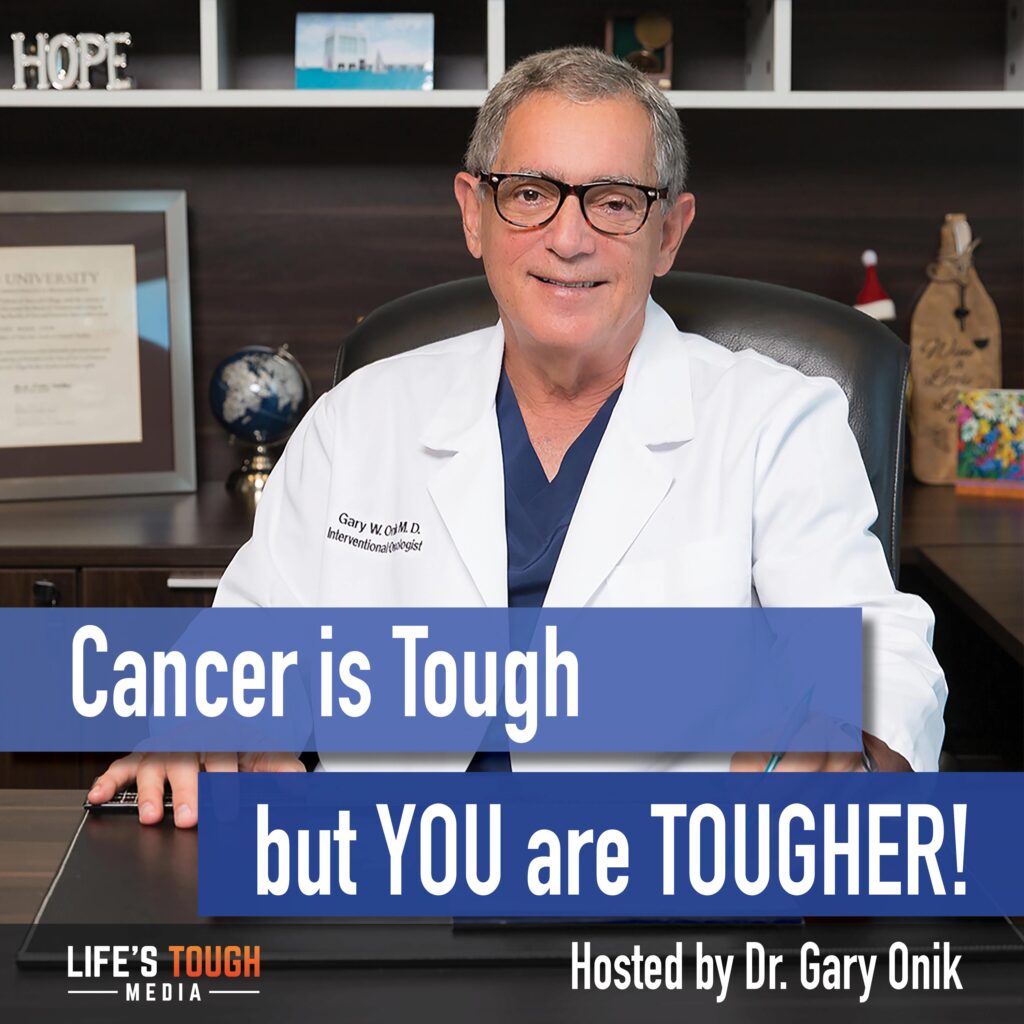 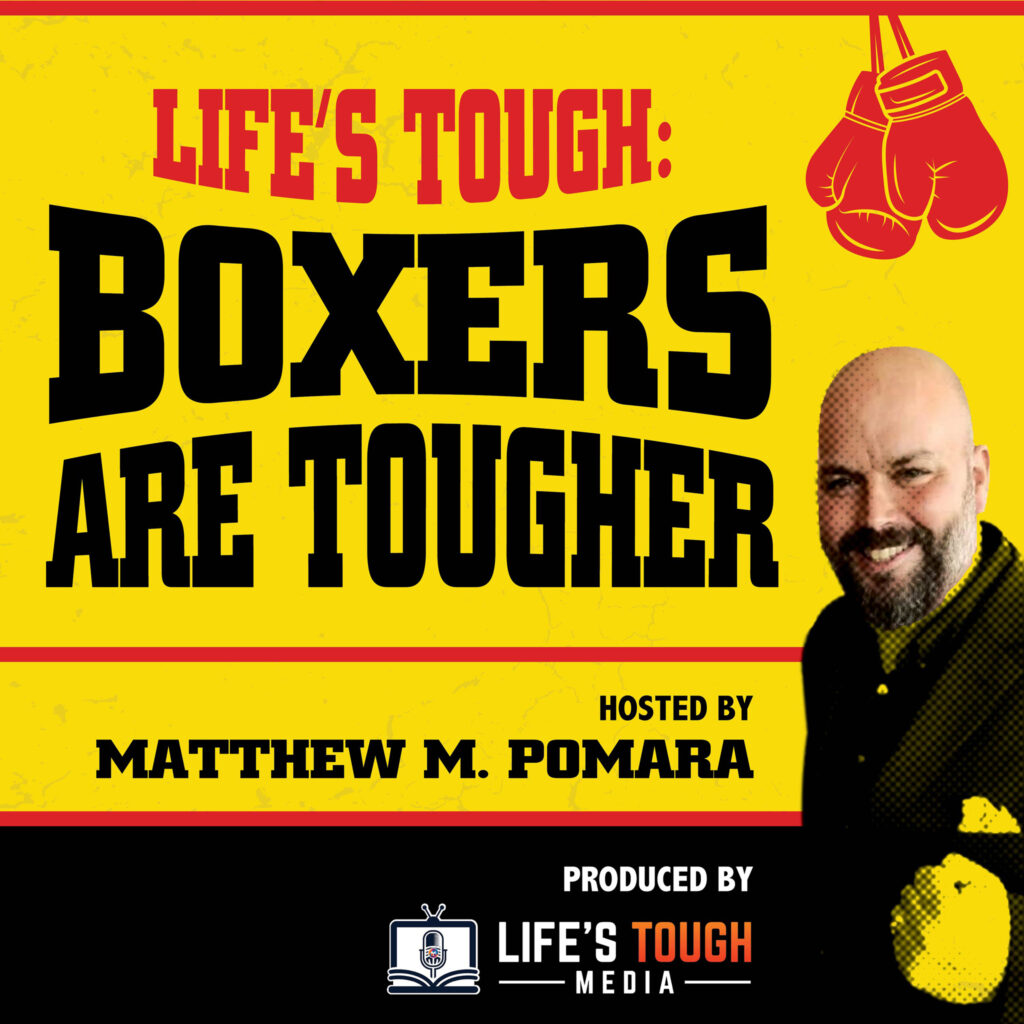 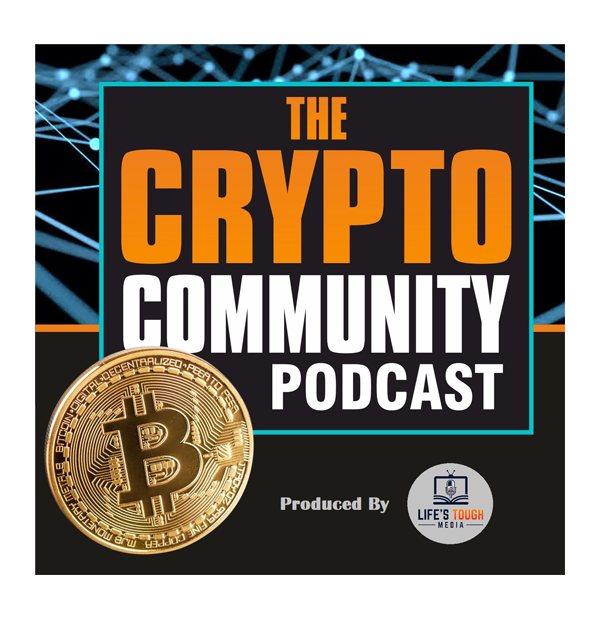 Life’s Tough: YOU can be TOUGHER!

Our inspirational and flagship podcast, “Life’s Tough: YOU can be TOUGHER!” is hosted by Dustin Plantholt, Founder & CEO of Life’s Tough Media and LifesTough.com—a movement transforming lives all around the world. Each episode explores personal stories of strength and perseverance and is now listened to in over 80 countries around the world! Along with Dustin, guests and listeners share their real and vulnerable life stories of overcoming unique challenges and struggles to inspire and motivate each other towards personal fortitude, healing, growth, and empowerment. Together they share experiences; strategies and skills aimed at building better lives, healthier relationships and a kinder society; as well as inspiring a world of emergent leaders.

Dustin declares, “We are going to spark a movement and we are going to change the world, one heart at a time, freeing others from shame, guilt and anger. It’s life … life is tough … but YOU can be tougher!”

“Life’s Tough: Explorers Are TOUGHER!” podcast is hosted by Richard Wiese—TV personality, explorer extraordinaire, and President of the renowned Explorers Club, the preeminent exploration society whose members have included Armstrong, Jane Goodall, and Theodore Roosevelt. Wiese has also been nominated for 14 Daytime Emmy’s and has been awarded the Walter Cronkite Award for his contribution to exploration and journalism.

In each episode, Richard spends 30 minutes with some of the world’s most compelling adventurers, explorers, and socio-environmental advocates, listening to their distinct adventures, unique discoveries, projects & goals, while discovering their multitude of challenges, surprises, triumphs and set-backs they encounter along the way.

Join Richard as he pulls back the curtain on what it’s like to travel around the world; explore some of the most exotic and often dangerous places; and uncover what makes “people, places and our planet” so special. 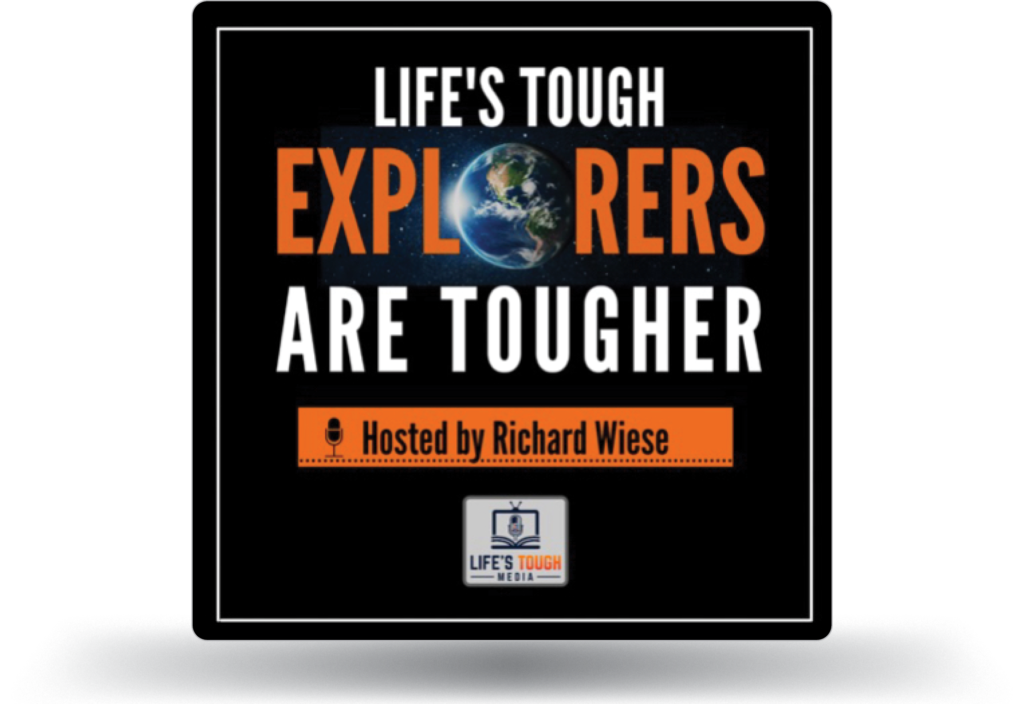 “Life’s Tough – Superheroes Are Tougher” is a show that takes a closer look at the inner makings of a true superhero.The Podcast’s objective and mission is to feature and highlight themes in the entertainment industry that are grounded in Superheroes, Comic Books, Film and TV. We aim to enlighten and entertain the audience with a cross-section of guests – Illustrators, Writers, Musicians, Athletes, and anyone touched by their own “Superhero” in their life! 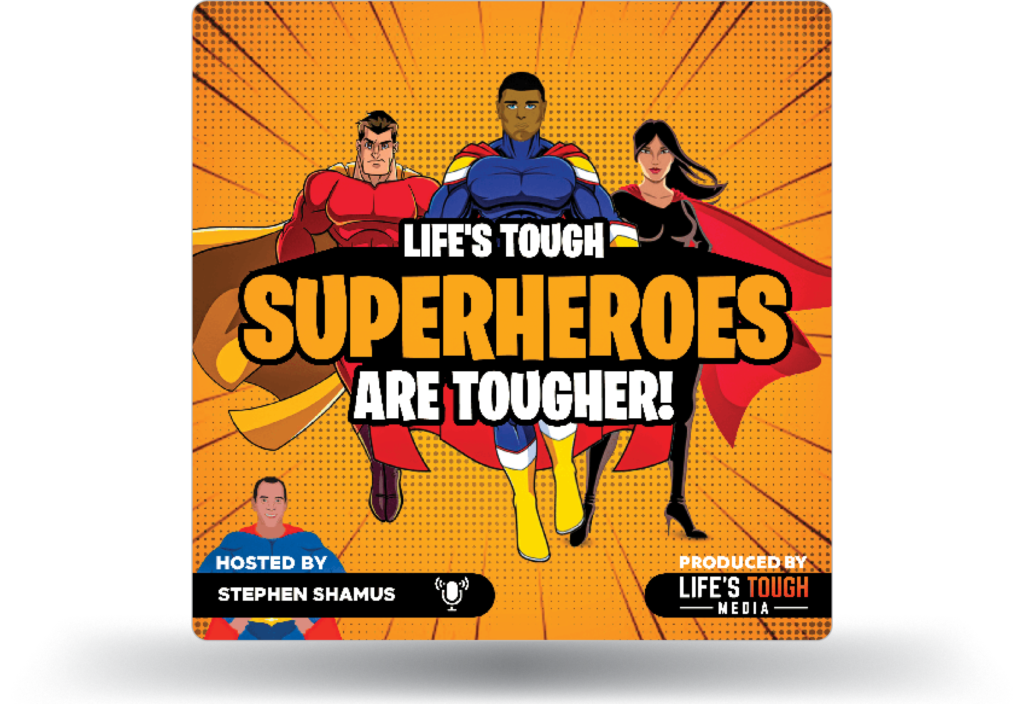 The Tougher Together Breakthrough Podcast

“The Tougher Together, Breakthrough Podcast” is hosted by Rebeccah Silence, speaker, coach and creator of Healing is Possible. Rebeccah is committed to helping others heal their childhood traumas and her work includes support for sexual, physical and self-harm disorders. As a certified world-class Emotional Healing Coach, she is uniquely qualified to facilitate breakthroughs to wellness and transformation. Rebeccah inspires hope and possibility in even the most challenging times. She is best known for healing heartbreak, and her clients frequently tell her that she brought them “back to life”!

In each 30 minute episode, Rebeccah shares with us philosophies, principles and practices to breakthrough and to create your life as you positively imagine it. From recognizing the weaknesses and self-beliefs that are keeping you held back from your own greatness to examining your capacity to change, grow and live large, Rebeccah shares her experiences, guest experiences, case studies and coaching strategies for you to breakthrough so that you can offer more to the world. She challenges us in a loving, but no BS way – to bring it! To bring our limitations and fears to the light, in order to breakthrough. 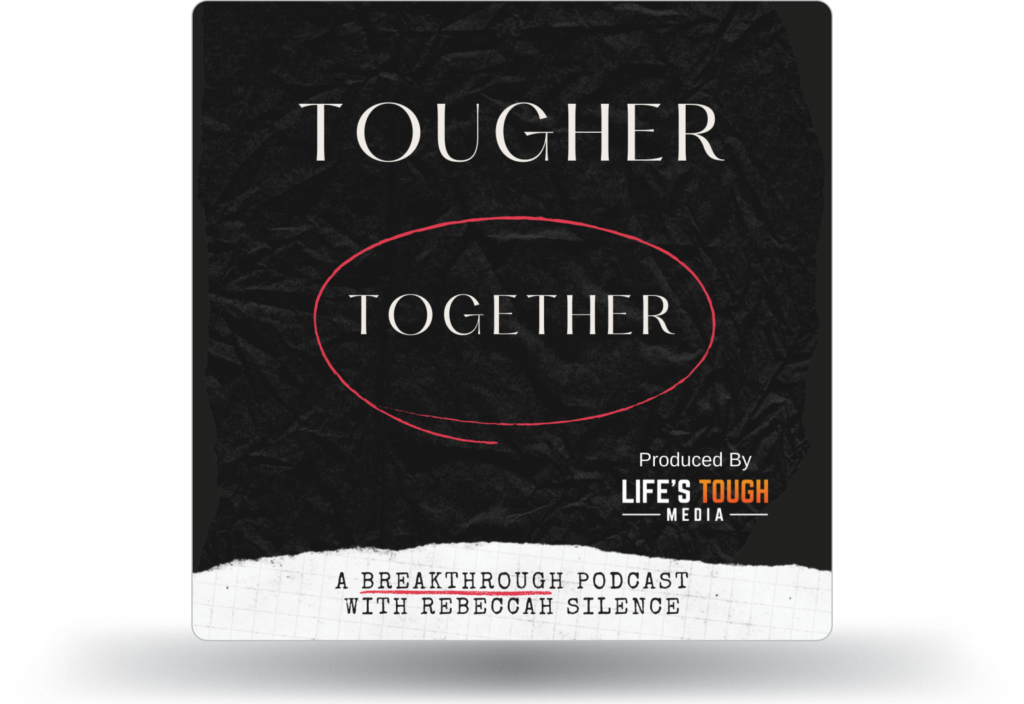 Scientifically Beautiful is hosted by Dr. Christina Rahm – business owner, speaker and mom of four. Dr. Rahm has a Masters of Science in Rehabilitation Counseling, with multiple theses, dissertations, publications, and abstracts as a study coordinator, researcher, and principal investigator with IRBs, BODs, and research companies. Dr. Rahm has made it her mission to help empower people by ridding them of the negative environmental and personal forces that prevent them from living a healthy and meaningful life.
In this podcast, Dr. Christina Rahm shares her first-hand experience with how tough life can be, but she also proves that we can all be much tougher.  Rising above, conquering life’s challenges and embracing the journey, Dr. Christina Rahm brings you into her world of friends, family and colleagues that, like her, have shown how beautiful the journey can be.  Filled with a combination of inspiration and education, Scientifically Beautiful will enlighten your body and mind. 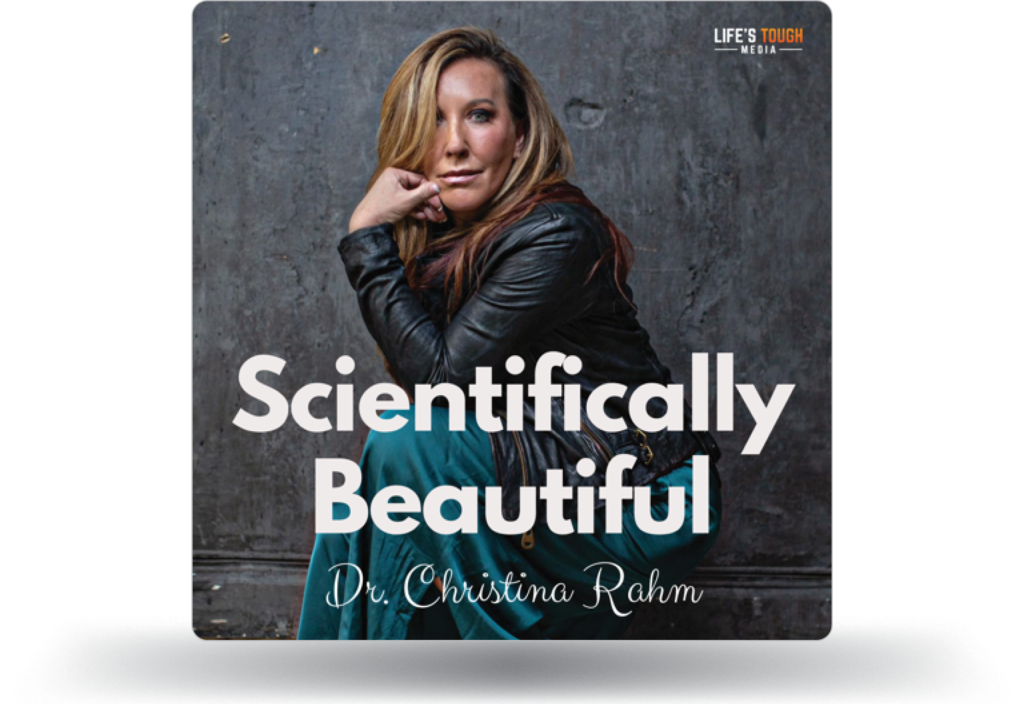 Cancer is Tough, but YOU are TOUGHER!

Cancer is Tough, but YOU are TOUGHER! is hosted by Dr. Gary Onik, adjunct professor of Mechanical Engineering at Carnegie Mellon University and former professor of Neurosurgery at the Medical College of Pennsylvania. Dr. Onik pioneered image guided tumor ablation, an invention that has saved the lives of tens of thousands of patients and initiated a 4th branch of cancer treatment called “Interventional Oncology.” He introduced with Prof. Boris Rubinsky the “Nanoknife,” an electrical method for treating pancreatic cancer that can’t be surgically removed, which has been shown to double the life expectancy in this patient population; created a simple way of making a cancer vaccine out of a patient’s own tumor and successfully treated his own terminal prostate cancer using this invention.
Join Dr. Onik as he explores the intersection of the mind, body and spirit and their relationship to sickness and healing, specifically cancer. Coping with it, pursuing the best treatment for you and helping your partner/family/friends moving forward. Dr. Onik’s podcast is uniquely personal. Rather than focusing on advances in technology and clinical therapies, he explores the heart of a patient’s and family’s cancer journey. He delves into the inner emotional and spiritual resources patients and loved ones need to address, deep concerns such as:

This podcast is for anyone whose life has been touched by cancer. 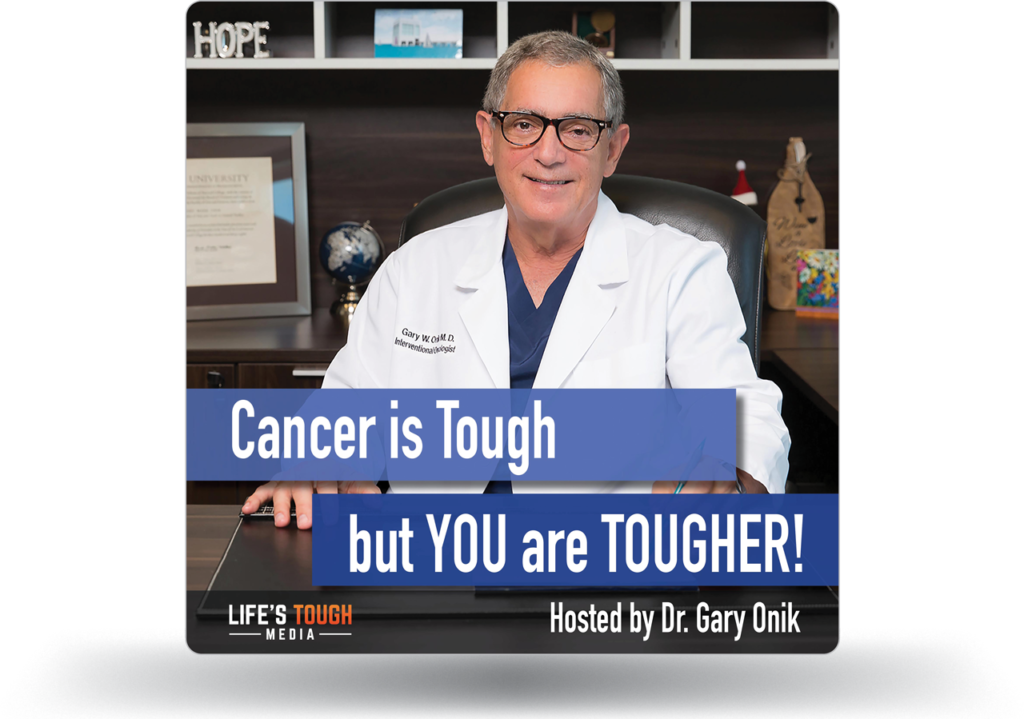 Life’s Tough – Boxers Are TOUGHER! is hosted by Matthew Pomara (MMP) – Writer, Boxing Fan, Technology Consultant, and CEO of Long Island Boxing Charities. He is committed to helping fighters battle their toughest opponent, life outside of the ring, whether it is helping an aged fighter live with dignity or giving a young fighter a chance at opportunity. Matthew’s “day job” is helping his clients understand and define their I.T. Initiatives. He has worked with several organizations from small private schools to universities as well as companies ranging from small scale startups to enterprise level corporations, offering technology services and consulting to both enhance as well as enable education goals and business outcomes.

In each episode of Life’s Tough – Boxers Are TOUGHER! with his understanding of the boxing industry, love of the game and his natural empathy, Matthew discusses a specific challenge someone in the fighting game has had to face outside the ring and how they overcame those challenges to compete or excel in the sport. The iconic fictional boxer Rocky Balboa once said, “You, me or nobody is gonna hit as hard as life. But it ain’t about how hard you hit. It’s about how hard you can get hit… and keep moving forward.” Every person who has had any modicum of success has had to understand that and live that. Sometimes your toughest opponent is life itself. 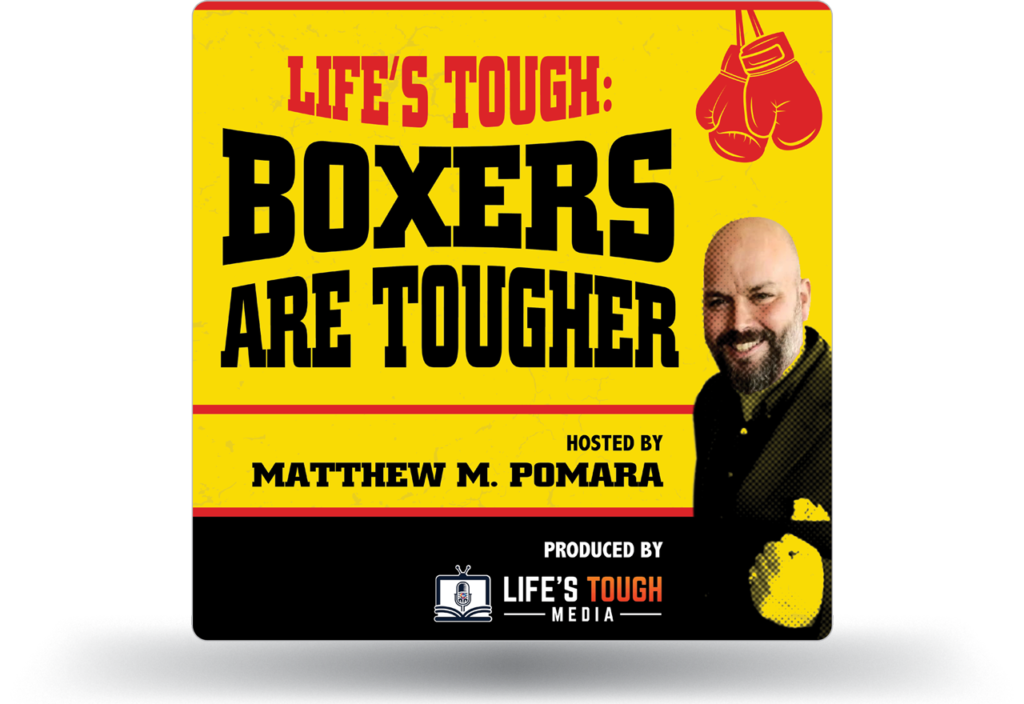 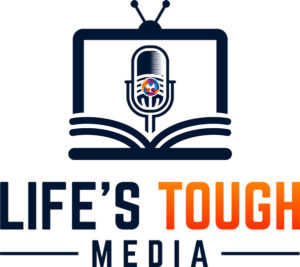