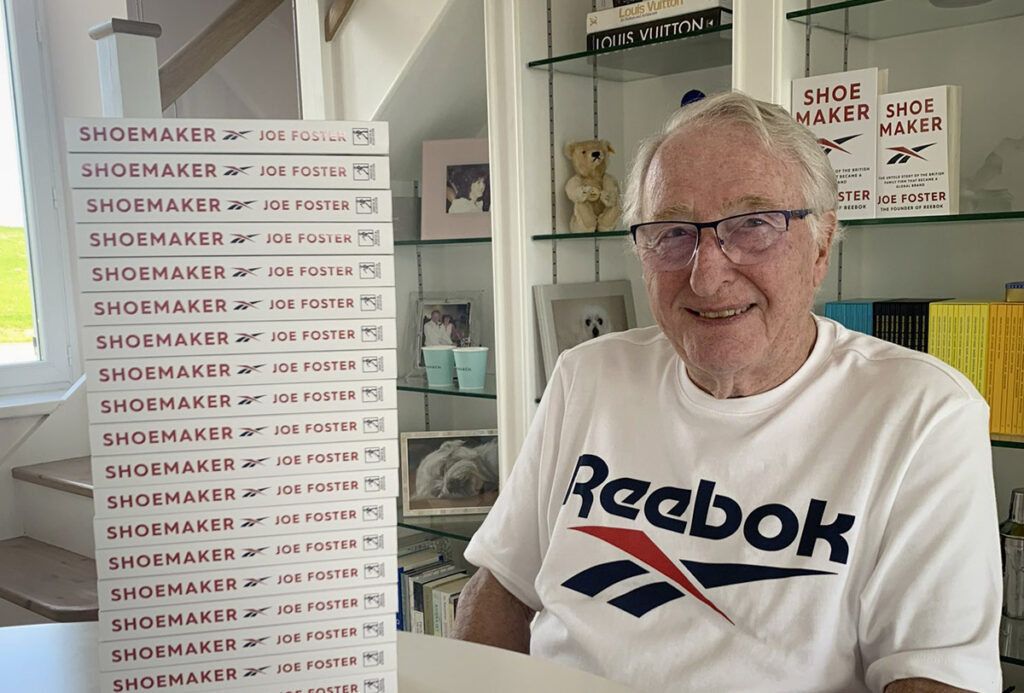 Joe Foster: The True Story of Building a Billion Dollar Brand by Finding the “White Space”

In this episode host Dustin Plantholt speaks to Joe Foster, a name you may not recognize although it’s been in his family for generations. It might surprise you to learn he’s built a multi-billion-dollar global company, whose name you’ll know as well as your own. The reason you may have never heard of Joe Foster is because his business was never about him. It was about being the best in sport shoes. Does the name Reebok ring a bell?

Foster tells the fascinating story behind how the company got started and how he named it. The shoe business wasn’t new to him. In fact, his grandfather’s eponymous British company dating back to 1895 became famous for pioneering the spiked running shoe and outfitting the world’s best athletes. Wearing shoes made by JW Foster & Sons, Harold Abrahams and Eric Liddell won Olympic Gold Medals in the 1924 Paris Olympics and were later immortalized in the Academy Award-winning film Chariots of Fire.

But after he and his brother Jeff served in the UK’s National Service and went to “footwear college” in the evenings, the brothers struck out on their own, opening Mercury Sports Footwear in an old brewery.

Discovering that name was already registered, Foster did his first pivot, choosing the name of a small South African gazelle to represent a running shoe company. Two weeks later the name became Reebok.

Some 20 years later, after many failed attempts to break into the American market, they capitalized on an opportunity to make shoes for a new exercise craze sweeping the 1980’s—aerobics. When the celebrity queen of aerobics, Jane Fonda herself, donned a pair of the new buttery soft leather shoes in her workout video the brand exploded. Globally.

In five years, Reebok grew from nine to 900 million dollars. For the next four years they focused solely on product delivery to keep up with demand. With solid movement into the American professional sports market, the street followed, and Reebok became a four-billion-dollar company.

Foster credits his success to enthusiasm, optimism, and the willingness to look for what he calls “the white spaces.” Those white spaces, or gaps in the market, give you the opportunity to create something new, perhaps something you never had in mind. Changing the feeling of a sports shoe, made of pliable garment leather for aerobics is a great example. Reebok’s coveted pump shoe is another one.

The 87-year-old tells wannabe business owners, “To be an entrepreneur you’ve got to have optimism.” If you can look at the problem and turn it into a challenge, you can think differently about solutions, often ending up in a better position.

Foster’s book, Shoemaker: The Untold Story of the British Family Firm that Became a Global Brand is available on Amazon. Check out his website to learn more Joseph William Foster.