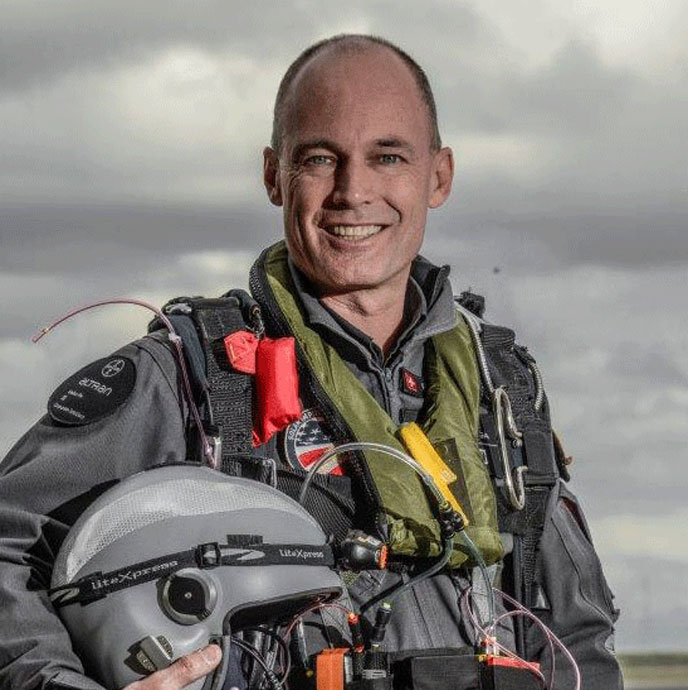 Life’s Tough Media is pleased to announce the latest episode of our “Life’s Tough: Explorers are TOUGHER!” podcast series. Hosted by Richard Wiese—explorer extraordinaire and President of The Explorers Club—this episode features Bertrand Piccard, elite Swiss explorer, psychiatrist, and environmentalist, and universally considered by society and his peers alike as “the 21st century’s greatest explorer.”

Bertrand received a degree from the University of Lausannein Psychiatry and has since become supervisor and renowned lecturer at the Swiss Medical Society for Hypnosis (SMSH). As a renowned adventurer & explorer, he has also obtained licenses to fly balloons, airplanes, gliders, and motorized gliders and has won many awards as a result of his adventures and expertise.

Bertrand’s family tree includes four generations of explorers. His grandfather, Auguste Piccard, was the first to fly to the stratosphere, in 1931, and is father, Jacques Piccard, was first to descend to the bottom of the Mariana Trench, in 1960. His great uncle Jean Félix Piccard and aunt Jeannette Piccard were also balloonists, with their son Donald Piccard first to fly across the English Channel in a balloon. “The family’s attitude,” Bertrand once explained, “is that being told that something is impossible is exactly why we try to do it.”

At 21-years-old, Bertrand decided to interrupt his medical studies to pursue his love of hang-gliding. Having won several competitions, he took his skill of the motorized hang glider to new levels: flying over Cape Sounion and the Temple of Poseidon in Greece’s tourist areas; taking aerial pictures for a film made in the Maldives; participating in the first Ultralight Tour de France; attempting to develop centers giving rides to tourists in the Canary Islands. Bertrand executed his last loop at Château-d’Oex in January 1992.

Seven years later, in March 1999, after two failed attempts, Bertrand, accompanied by Brian Jones, owner of Breitling, finally achieved the first non-stop round-the-world balloon flight. At one stroke, their Breitling Orbiter 3 flew further, and for longer than any other aircraft in aviation history, thereby setting seven World Records. The gondola is now on display at the Smithsonian Air and Space Museum in Washington DC, alongside the Apollo 11 capsule and the airplanes of the Wright Brothers, Charles Lindbergh, and Chuck Yeager.

Bertrand Piccard is also the visionary behind Solar Impulse, the very first airplane capable of flying perpetually without fuel—flying through the night, between two continents, and across the United States. In 2015-2016 the First Round-The-World Solar Flight, piloted by Bertrand himself, set 8 world records.

It is in his DNA to go beyond the obvious and achieve the impossible. Since he launched the first flight around the world in a solar airplane, his ambition has been to leverage a pioneering spirit for useful contributions to renewable energies & clean technologies causes. With his dual identities as medical doctor and explorer, Bertrand has become a voice heard among the most distinguished institutions across the globe as a forward-thinking leader for progress and sustainability.

Upon landing after their round-the-world balloon flight, Bertrand and Brian Jones promised each other to dedicate their achievement to the children of the world; and before accepting nomination as a United Nations Population Fund Goodwill Ambassador, the Winds of Hope Foundation was created. The foundation works mainly to prevent, treat, and raise awareness of Noma, a rapidly advancing gangrene that develops in the mouth and flourishes in conditions of extreme poverty. The victims are almost all children aged from 2 through 6. In the absence of any treatment, Noma is fatal in 80% of the cases and leaves the survivors in an intolerable state of disfigurement.

In addition, Bertrand initiated the Solar Impulse Foundation, insisting that “hundreds of clean tech solutions exist that protect the environment in a profitable way, and we need to ensure that clean technologies become the only acceptable norm.”

Bertrand is married to Michèle Piccard, and together they have three children.

Join Richard and Bertrand for a candid and stimulating conversation on Bertrand’s endless adventures, goodwill initiatives, and to hear what drives the greatest explorer of our time.