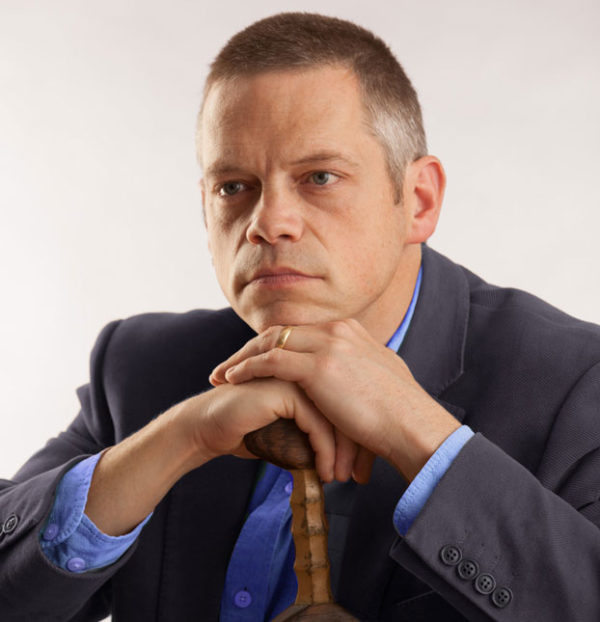 Dustin Plantholt’s “Life’s Tough—YOU can be TOUGHER!” podcast is honored to feature Ben Kane, bestselling novelist, specializing in historical fiction. He is best known for The Forgotten Legion, Spartacus and Hannibal book series. Eleven of his thirteen novels have been Sunday Times bestsellers, and his books have been published in thirteen countries, including the US, Italy, Spain, Poland, Germany, Russia and the Netherlands.

This “Life’s Tough” episode released on January 8th, 2020 and is now available on all major podcast networks, under the Podcast Channel “Life’s Tough”.

Ben Kane was born in Nairobi, Kenya—as his dad worked there as a veterinarian—and moved to Ireland with his family at age seven. As a child, he loved to read—especially historical works—that included medieval tales, Sherlock Holmes stories, and fantasy novels from JRR Tolkien to Guy Gavriel Kay to Stephen Donaldson. In his early adulthood, and as a genuine animal lover (and following in his dad’s footsteps), he studied veterinary medicine at University College Dublin. In 1996, after 5 years of college, a career as a veterinarian began. Soon after, his love of history took him abroad as he set off on a 3-month solo trip along part of the ancient Silk Road. Visiting the ruins of Merv, in Turkmenistan, it sparked his interest in ancient Roman history. Shortly after returning, he felt the urge to travel again, and in 1998—indulging his passion for ancient history—he set out on a trip around the world which lasted for nearly 3 years. It was during this prolonged time abroad that he first had thoughts of writing military historical fiction and having a career apart from being a veterinarian.

What started as a hobby soon became an obsession, and about four years later The Forgotten Legion emerged into the light. Through hard work and perseverance, and with the help of his dedicated agent, Charlie Viney, a book deal was secured in the summer of 2007. That started a burgeoning writing career and a new chapter in Ben’s life.

In 2013, for an honorable charitable cause, Kane and two author friends walked the entire length (84 miles) of Hadrian’s Wall—Britain’s largest Roman archaeological feature and one of its major ancient tourist attractions—while wearing full Roman military outfits, including hobnailed boots. They raised nearly £19,000 for Combat Stress and Medecins Sans Frontieres. In 2014, they walked again in Italy, raising over £26,500. A documentary film was made about their walk, titled The Road to Rome, with Ian McKellen narrating. Since 2014, Kane has continued to raise money for charitable causes. To date, he has raised more than $130,000.

Having visited nearly 70 countries and all seven continents, he now lives in Somerset, England with his wife and children.

Join Dustin and Ben for an enlightening conversation and hear how Ben’s passion for history led him to a career as an acclaimed author.