Life’s Tough – but David Heath is TOUGHER, making the most comfortable socks on the planet while helping our less fortunate. 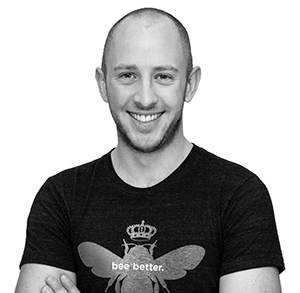 Dustin Plantholt’s “Life’s Tough, YOU can be TOUGHER!” podcast is honored to feature David Heath, co-founder and CEO of Bombas, a comfort-apparel company, focused on making the best socks in history, and donating a pair of socks to the homeless community for each pair they sell. The e-commerce company is located in New York City.

This “Life’s Tough” episode released on June 12th, 2019 and is now available on all major podcast networks, under the Podcast Channel “Life’s Tough”.

David and co-founder Randy Goldberg established Bombas in 2013. The idea for the company came to David a few years earlier, when he saw a Facebook posting that said socks are the no. 1 most requested article of clothing at homeless shelters.

Soon after, David and Randy began extensive research and testing to come up with their ideal for a comfortable pair of socks. Their modifications included “honeycomb” support to hug the mid-foot, an improved toe seam and an overall way to have socks be more contour-fitting. They also used high-quality, natural fibers – cotton and merino wool – to make their socks.

Initial capital for the start-up came through a crowdfunding campaign. Later, an appearance on the reality TV show “Shark Tank” led to a deal with Daymond John, one of the show’s on-camera investors and the founder of FUBU, a trendy apparel company.

Revenue growth has stayed on a sharp trajectory, and in April, Bombas announced their first new product category – T-shirts, continuing their commitment to offering customers comfortable, everyday apparel, while providing new, specially designed items for those in need. The company offers products for men, women and kids.

Since it began, Bombas has donated more than 20 million items to those experiencing homelessness throughout the United States.

Life’s tough – you can be tougher, like Bombas, a visionary company that shows how doing good is also good for business.