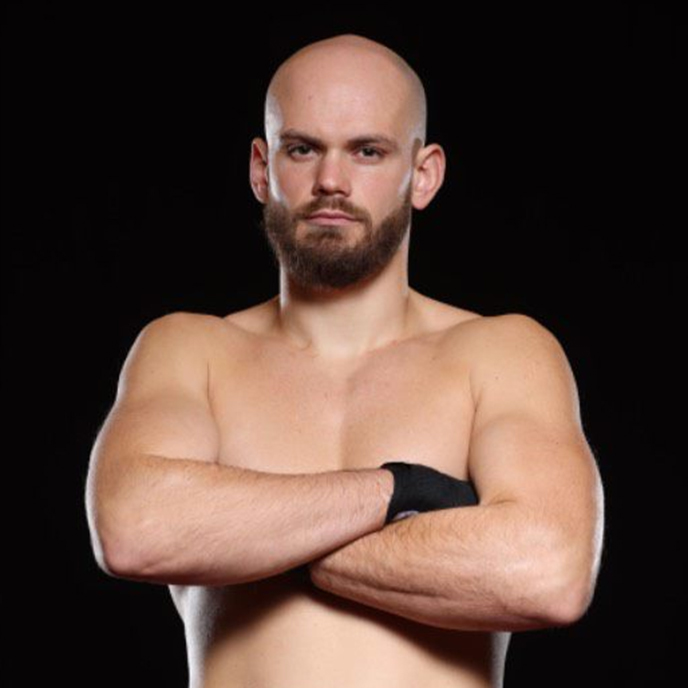 In the guest corner, from the Steel City Pittsburgh, Pennsylvania by way of Lviv, Ukraine, with a strong record of 14 wins against only three defeats with eight big wins by knockout, Matt welcomes the former NABA Cruiserweight Champion of the World, Lyubomyr “Demolition Man” Pinchuk. Having banked over 250 amateur fights in Ukraine, Pittsburgh based trainer Michael McSorley brought Pinchuk to the USA after watching a video of the fighter; he liked what he saw. Pinchuk loves his adopted hometown and continues to stay focused on boxing despite the raging war in his home country.

Pinchuk says his family is safe for now, and his mother rests easier with him and his sister living outside the Ukraine. The 25-year-old fighter has experienced his fair share of challenges—a tough training regimen, a war at home, his girlfriend’s dad recently dying of metastatic lung cancer. Yet, he seems to take it all in stride, believing that everything happens for a reason. And he takes his own advice; don’t give up and always look for the positive.

With the situation in Ukraine changing not by the day, but by the minute, he finds solace in the sanctuary of the gym. When he’s training, he’s totally in the moment, in his body, concentrating not only on his next move, but what his opponent might do.

As for the other Ukrainian big-name fighters—Usyk, the Klitschkos, Lomachenko—he says they are like heroes for the cause. Whether they choose to defend their country with weapons, or step into the ring brandishing the Ukrainian flag, people look up to them, not because they are boxers, but because they are men of principle.

Pinchuk discusses his recent loss to Federici, humbly admitting he made mistakes in the fight. But he’s put it behind him and strategizes his next move. He admits, winning titles is great, but “belts aren’t going to feed your family,” and he’s okay with looking for the money.

Stay tuned for Matt’s FAST FIVE to find out which Primanti Brothers sandwich is Pinchuk’s go to AND to get his opinion on the state of the Steelers.