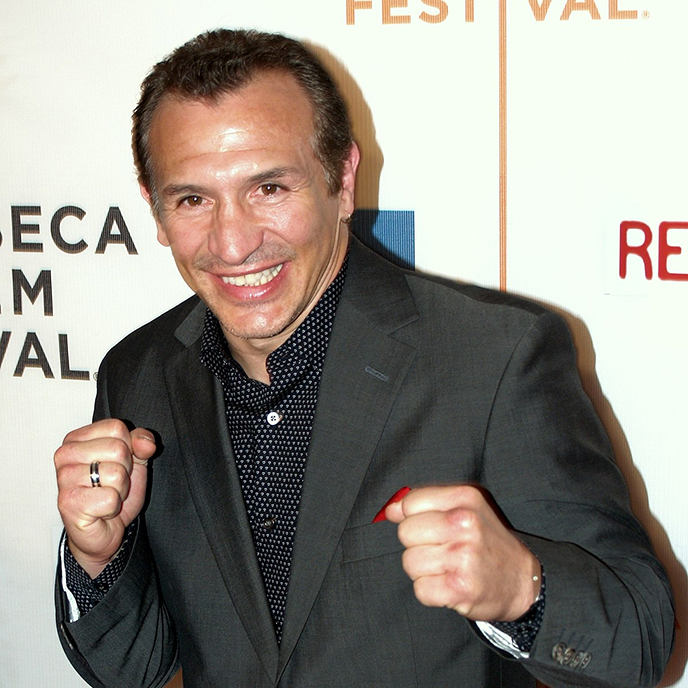 In the guest corner, the fighting pride of Youngstown, Ohio with an outstanding record of 29 wins against only five defeats with 23 wins by knockout. With 36 acting credits to his name, including playing himself in the documentary of his life, The Good Son, Matt welcomes the former WBA Lightweight Champion of the World and International Boxing Hall of Famer, Ray “Boom Boom” Mancini to the show.

Matt leads with a controversial question and Mancini puts the rumors to rest. He is not a Pittsburgh Steelers fan! More a fan of individual players than he is of teams, Mancini admits he loves being back in Ohio since 2014 where he’s working on creating his full digital media studio. By far, the entertainment business is more difficult than boxing. “In the arena I control my own destiny,” but in the movie business Mancini says, “very little is in your hands.”

The fighter turned media mogul’s father, Lenny Mancini, was a top contender in the sport, but injuries he sustained in World War II kept him from fulfilling his potential. His father was his hero in every aspect of life, and although he tried to talk him out of a career in professional boxing, Ray was inspired to continue for his father, in essence winning the championship his father was denied.

A lot of fighters come from poverty, hardship, or abuse and they use that as fuel to become great. But Mancini maintains that fighters are born, not made. You’ve got to have a deep need to want to do it. Learning to prepare and face his opponents in the ring with confidence led directly to being able to face any of life’s challenges. Mancini says nothing can discourage him after mastering that. In fact, before an audition you’ll likely find him shadow boxing to limber up.

He’s an enthusiastic Christian and credits his faith with the ability to bounce back, especially after the agonizing pain he suffered after his 1982 fight with South Korean boxer Duk Koo Kim. Kim went down in the 14th round and never got up. He died four days later. In addition to living with the loss of life at his hands, Mancini’s image changed as the sport itself underwent enormous public scrutiny. Ironically, if Kim hadn’t died, that fight might be remembered as the greatest of the decade.

Mancini says every person has their own pain, but despite whatever happens in life, every individual is responsible for their own success or misery. Every day we get to choose. His advice? Don’t blame. Take responsibility for your own happiness. Recognize that it’s the ego that will “whip your ass in life.” Mancini says when he lost a fight it was a simple formula: he got hit more than he hit back. None of his opponents beat him in the ring—he beat himself.

Stay tuned for Matt’s FAST FIVE to find out which two boxers Mancini would have liked to have fought, and who he says is the BEST EVER to come out of Ohio [Hint: His initials are not R.M.].

These days Mancini is 100% committed to building his movie business. If you’d like to join reach out on: