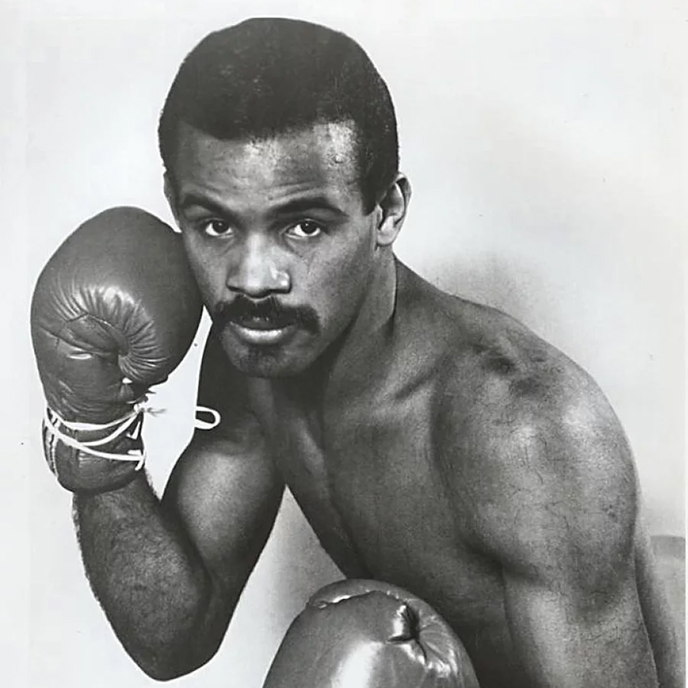 In the guest corner, from Jersey City, New Jersey with a career record of 24 wins, 20 by knockout and only three defeats—the inaugural former IBF Junior Middleweight Super Welterweight Champion of the World, Mark Medal. A natural athlete with no boxing experience, Medal skipped the amateurs and became a world champion in just four and half years. He ascribes his early success to being a quick study and learning from the best professional boxers, many of whom were his sparring partners in the early days.

Then, in 1984 Medal fought Earl Hargrove for the newly formed IBF’s Light Middleweight Title, winning with a TKO in the fifth round, becoming the inaugural champion. Medal, the underdog, recalls Hargrove tried to intimidate him before the fight, boasting about himself. Medal agreed, “You’re a helluva fighter, but you’re gonna get a piece of me in the ring. It’s as simple as that.” True to the proverb, Hargrove’s pride came before his fall.

After his retirement from boxing at age of 30 Medal became a member of the Jersey City Police Department. After 23 years, he was fired from the force when he tested positive for marijuana use; Medal had no idea that his son had given him tea made with cannabis to get rid of his migraine headaches! Despite having to leave a job he dearly loved over such strange circumstances, he doesn’t regret that he hasn’t had a migraine since. And he still takes great pride in having used his authority as an officer to help people.

Medal credits his deep faith in God for getting him through life’s challenges, including the death of his son in prison. “Faith is deep in your heart and when it comes out it makes you a better person.” He says God has made him tougher than life because God doesn’t give us more than we can handle. He prays every day and gratefully  thanks God for all that he has and all that he’s been able to do to help people.

Stay tuned for Matt’s FAST FIVE to find out how it is that Medal still has a six pack—at 65.