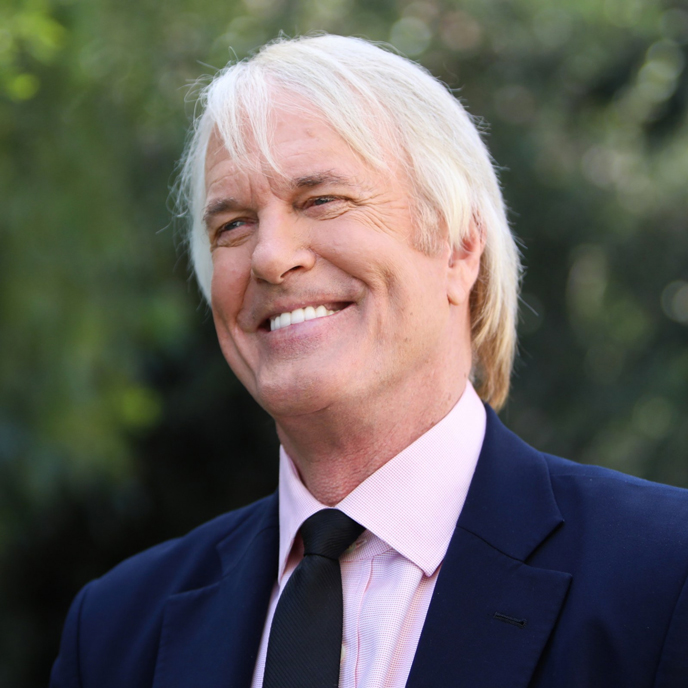 Dr. Onik talks candidly with internationally celebrated recording artist, composer, concert pianist and radio/television personality, John Tesh. His Intelligence for Your Life radio show currently airs on 350 stations and reaches 14 million people each week and his memoir, Relentless: Unleashing a Life of Purpose, Grit, and Faith is now available wherever books are sold.
These two men have more in common than you might think. Both had incurable cancer. Both turned to their faith for healing. Both are composers—Tesh of music and Onik of cancer treatments. They are both saving lives in different ways, allowing the Divine to work through them.
Like many cancer patients, Tesh’s journey with the disease began with receiving the gut blow prostate cancer diagnosis, which completely blindsided him and his wife of thirty years, Connie Sellecca. After a series of tests and biopsies, a doctor told him he’d better “get his affairs in order.” But with a background in research, it seemed like the best approach was to absorb themselves in learning as much as they could about surviving prostate cancer. As a result, he tracked down an expert, Dr. Ted Shaeffer, and was on his way to Johns Hopkins with some much-needed hope.
As a Christian, Tesh’s faith was a deep well for him to draw from, but it wasn’t until he was given the devastating news that his cancer had returned that he discovered the Bible’s teaching on Diving Healing. At the beginning of his journey his focus was on getting the cancer out of his body as fast as possible, understandably. When the cancer returned, this time in other areas of his body, the allopathic recommended course of action was a form of radiation treatment that would have impaired several of his bodily functions. The Teshs said, “No thanks,” and began to stand on God’s promises.
But the journey has not been without struggle. At one point Tesh took up drinking and using drugs to deal with his terminal diagnosis, until his wife said if he was giving up, then so was she. It was a sobering wakeup call. Several scriptures took on new meaning for him including Mark 11:23 and Proverbs 18:21 which says, “Life and death are in the power of the tongue.” Thanks to what Tesh had learned from quantum physics he knew the power of words. He credits Connie for speaking life over him and helping his faith to grow.
On the other hand, once he discovered the Word’s healing power, his pride in standing on his faith alone almost killed him after he refused other treatments. Eventually he realized that all healing modalities can be used together for good.
Dr. Onik was at one time an empiricist—and atheistic scientist. But he continued to see miracles, patients opting for no treatment only prayer and being healed, for example. His eyes were opened and thankfully so. After having scans to find out what was going on in his own body, Dr. Onik diagnosed his own terminal metastatic prostate cancer. He was dealt the same blow. But he knew he was in God’s hands and within just hours he’d planned out his own treatment. Prayer was an integral part of his plan. “Every cancer type is really specific… But the one thing you can add to any cancer regiment is prayer.”
Dr. Onik believes the best course of treatment often encompasses multiple modalities. There are now excellent and extremely reliable ways of using new treatments such as focal therapy and cryo-ablation. Dr. Onik’s complete recovery included a surgical treatment of his own invention, along with prayer. Tesh’s experience was similar, using conventional cancer protocols along with prayer and lifestyle changes. Tesh’s journey took him to a new level of understanding of suffering, and its role in life.
The two men also agree on the importance of humor, and both have learned to view life’s circumstances through a more light-hearted lens.
Dr. Onik gives his advice to those who have received a cancer diagnosis about what to do in the next 24 hours.
Tesh shares what he does to remain positive. His latest venture, TeshTV, draws on his extensive archive of motivational, inspirational and healing music, videos and messages to help others. The ‘pay what you feel’ subscription provides daily, live programming available on all devices.
Dr. Onik wraps up by answering your questions. To submit a question to the Mailbag, use the contact page on Dr. Onik’s website.

For over 40 years Dr. Gary Onik has been pioneering advances in cancer treatment that have rocked the field of oncology, inventing an entirely new branch of cancer treatment now known as “Interventional Oncology” based on his innovative minimally invasive techniques. Both doctor and patient, he created a cancer vaccine and successfully treated his own terminal prostate cancer using his invention. In addition to his medical practice, Dr. Onik is an Adjunct Professor of Mechanical Engineering at Carnegie Mellon University, working closely with his colleagues to develop the next generation of cancer fighting technologies. His latest work, using immunotherapy to treat metastatic cancer, offers hope to those patients with literally no other options.