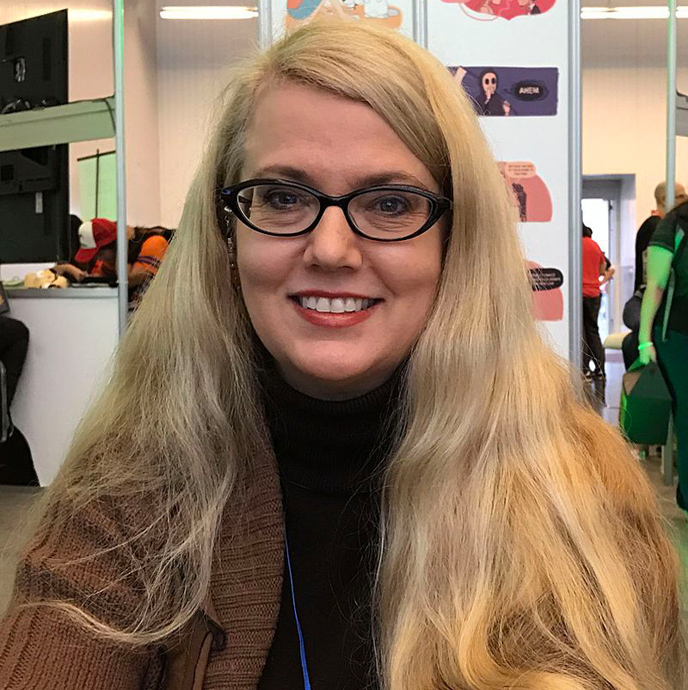 Colleen Doran has worked in the world of comic books since she was a teenager. She’s had the good fortune to work on some great collaborations in that time. In a recent interview for the Superheroes are Tougher podcast, she sat down with hosts Stephen Shamus and Alex Rae. She talked about her career and shared stories and anecdotes about some of those great collaborative experiences she’s had.

Colleen’s career is not just about comic books; her artistry illustrates many different projects, including comics, graphic novels, books, and magazines… hundreds of projects, in fact.

She’s worked with Neil Gaiman, Stan Lee, Anne Rice, and Tori Amos, to name a few. She was regarded as a “weirdo” when she first began her career because she worked illustrating comics. Not a big fan of multitasking, she feels that when you concentrate on one thing and give it your all, you do much better.

Her own project, A Distant Soil, has been described as a space opera graphic novel series. It is written and illustrated by Colleen and is funded through her Patreon account. This series is being created by popular demand!

Recounting the differences between the beginnings of her career and conditions for women that work in the industry now, she remarks that she is more grateful now than ever. Tune in for this epic podcast session!

To learn more about Colleen Doran, check out her website. To learn about more Superheroes, join us for new episodes of Life’s Tough: Superheroes Are Tougher! At https://www.lifestough.com/podcast/superheroes/.