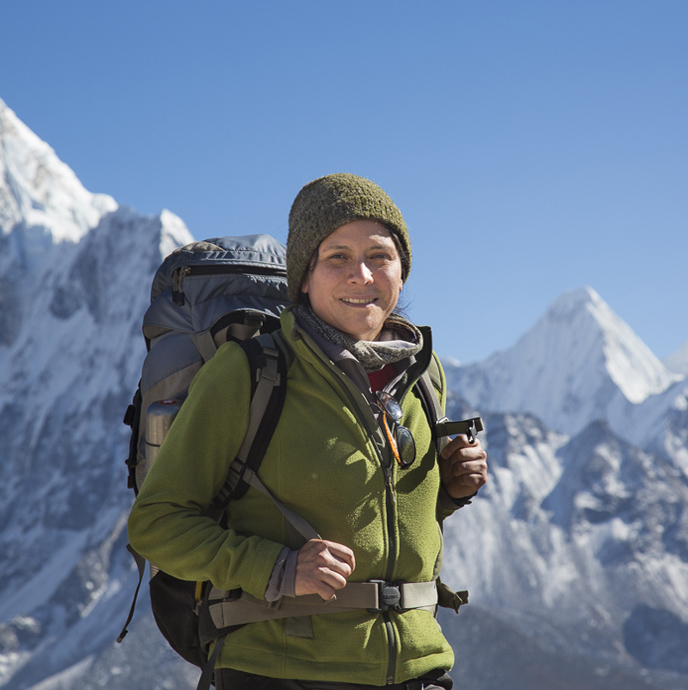 Silvia Vasquez Lavado, The Woman Behind the Upcoming Movie, In The Shadow Of The Mountain

Growing up in Lima, Peru, life wasn’t always easy for Silvia Vasquez Lavado. In fact, it was incredibly challenging and quite chaotic at times. Turbulent political groups and governmental change made it difficult for any consistency to develop. The environment was constantly changing and often unsafe.

Recently, on our Explorers podcast, our host Richard Wiese had an opportunity to sit in with Silvia and hear about her experiences as the first openly gay woman to climb the seven summits successfully.

At the age of eighteen, Silvia came to the United States on a college scholarship for academics. She moved from turbulent Peru to the Amish Country in Pennsylvania. Needless to say, there was a period of adapting to go through.

Although she comes from a tough background, Silvia comes across as open and friendly. She says that instead of imposing her beliefs on others, her philosophy is about respecting where she is and learning about other cultures.

She’s written a book, In the Shadow of the Mountain, which comes out in Winter 2022. It’s already in development as a movie, with Selena Gomez playing the role of Silvia.

Silvia reminds us that affecting change is often complicated. It’s a case of finding out about local changemakers and local grassroots organizations that support your causes. It’s important to her that she provides a platform that allows people to express themselves. Her nonprofit organization, Courageous Girls, helps victims of sexual violence in their recovery.

When asked about challenges as a gay woman, she reminds us that sometimes being a woman is scary enough. There are, however, many parts of the world where being gay is dangerous, and it’s tough to impose western culture on the rest of the world. Bringing change and understanding will be a gradual process.

If she were given the opportunity to advise her younger self, she would say, “ You can do anything. You are not alone. There are lots of people here to help, support, and protect you.”

To learn more about explorer Silvia Vasquez Lavado and her observations as an extreme explorer, check here. Learn more about her nonprofit, Courageous Girls, here. Information about her upcoming book can be found here. To hear about other explorers, join us for new episodes of Life’s Tough: Explorers are TOUGHER! At https://www.lifestough.com/podcast/explorers/.