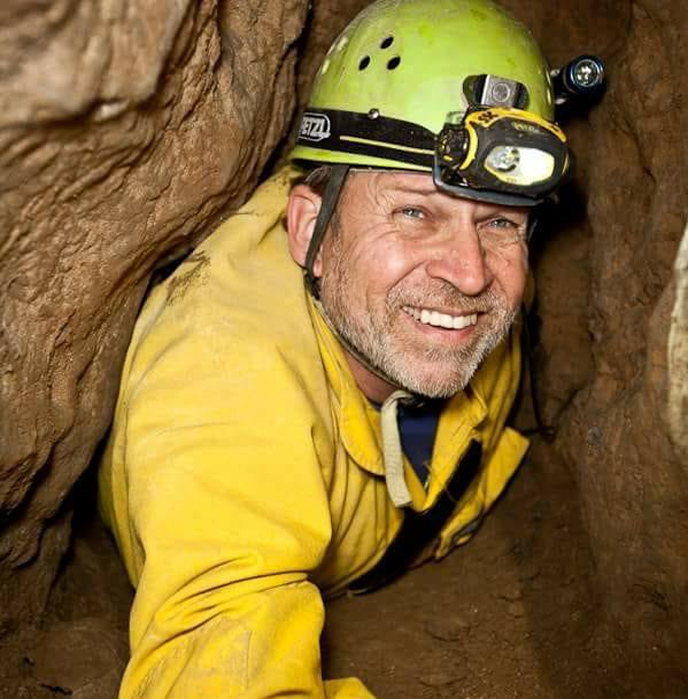 Chris Nicola Uncovers an Amazing Story of Survival During the Holocaust

Life’s Tough Media is pleased to announce the latest episode of our “Life’s Tough: Explorers are TOUGHER!” podcast series. Hosted by Richard Wiese—explorer extraordinaire and former President of The Explorers Club—this episode features Chris Nicola, explorer of the lost caves of the Holocaust.

When you’re inside a cave, there’s a chance you will see something that no one else has ever seen. Cavers look for darkness beyond void – nothingness.

In a fascinating recent episode of our Explorers podcast, Chris Nicola revealed an incredible story. It’s his recounting of how one cave exploration in Western Ukraine led to the journey he’ll never forget. Our host, Richard Wiese, spoke with Chris during the podcast about this story’s pursuit and the challenges he overcame to tell it.

It is the story of how 38 Ukrainian Jews beat the odds and survived for 511 days underground in a cave during World War II.

Chris spent his earliest years in Northwest Massachusetts, where he loved being outdoors. When his family relocated to New York City, he would create “caves” with a blanket over the dining room table.

Richard reminds us that cavers are a different breed. Chris says that as an adult, caving became second nature to him. Where most people would find it claustrophobic, he came to feel that caves started fitting him “like a glove.”

Ever the explorer, Chris maintained his passion for caving even after a heart attack in 1993. That same year, he made the acquaintance of a Ukrainian caver he met on Coney Island. When he visited his friend and explored the caves in Western Ukraine, he studied a cave called “Priest’s Grotto.”

It was there he began to find household artifacts that were obviously decades old and sparked his curiosity. When he started to ask around about the origin of these finds, nobody wanted to discuss the possibilities. Finally learning from an older woman that there were Jews who lived in the cave during World War II. During this time, a Ukrainian Jew had a 5% chance of surviving the war.
Although he remained dedicated to his quest for information, it wasn’t until 2002 when he had a breakthrough. He received an email that began uncovering the truth about the survivors who lived in the cave for nearly a year and a half.

Chris did not have the families’ cooperation when he began putting together the book and documentary film detailing the ordeal the families went through at that time. Through patience and perseverance, he eventually got the story out. In the process, he gained the love and trust of a family through this story of triumph.

To learn more about explorer Chris Nicola and his adventures as a caver and explorer, visit his website. The dedication to his book The Secret of Priest’s Grotto is to the Human Spirit – It’s Strength and It’s Endurance. Watch the documentary film for an in-depth study of this exploration.  To hear about other explorers, join us for new episodes of Life’s Tough: Explorers are TOUGHER! At https://www.lifestough.com/podcast/explorers/.