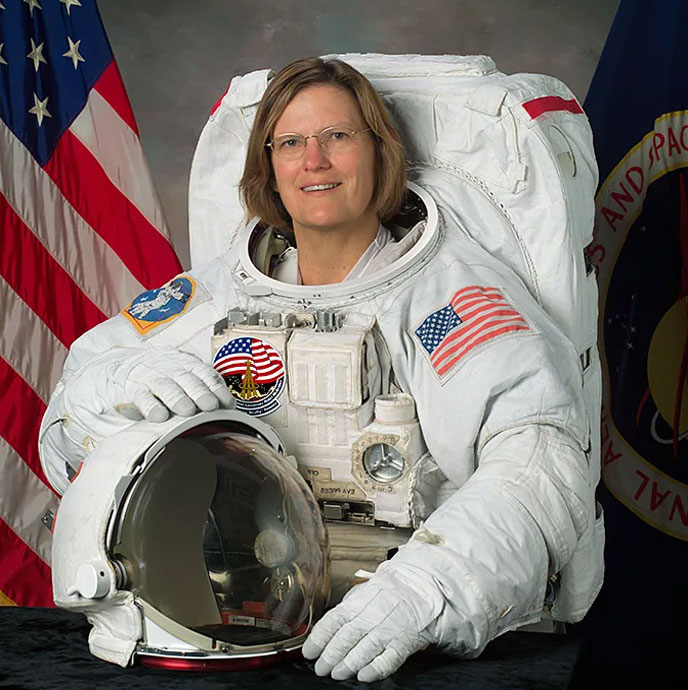 Kathy Sullivan’s Competitive Nature has Pushed Her To Space Exploration

Women often receive messages from their parents, peers, and society about what makes them “normal” or “successful.” Refusing to accept these messages and instead following your instincts and sense of adventure and curiosity can take exploration to the highest level.

In a recent Explorers podcast, our host, Richard Wiese, spoke with explorer Kathy Sullivan. Kathy has the distinction of being the first American woman to walk in space and the first woman to dive to the deepest point on earth in a submersible vehicle. She’s authored a book titled Handprints on Hubble. When asked, she explains that it’s not about overcoming challenges. It’s about becoming something with your life.

Early on, Kathy loved reading and was insatiably curious. She had the desire to grab every bit of learning she could. In school, she hung out with the “smart girls” and ignored the idea that she shouldn’t be “too smart” or that being popular was the most important ideal to pursue.

When Richard asked her if she had a strong sense of competition, she explained that her competition was with herself… she doesn’t care about eliminating her competitors. Her only goal is to do her personal best.

In fact, Kathy notes that it’s always unclear what parameters you might be judged on, and it’s hard to escape the feeling that everything’s a test. She feels your best strategy is always to put out the best you can in every single circumstance. Find your competition within yourself.

Richard asked her about the importance of women on teams and the role of mentorship. They both agreed that women tend to be more supportive of team members, and the team as a whole, as opposed to harsh competition. To Kathy, mentoring is not a formal process. The best strides happen when spending time and talking to another person. This is the way that unexpected mentoring happens.

To learn more about Kathy Sullivan and her explorations, visit her website. You can also get information about her book, Handprints on Hubble: An Astronauts Story of Invention, in which she chronicles her astonishing part in the Hubble story. Join us for new episodes of Life’s Tough: Explorers are TOUGHER! At https://www.lifestough.com/podcast/explorers/.