Life’s Tough, but Stig Severinsen is TOUGHER, Holding His Breath for Over 20 Minutes and Capturing the Guinness World Record! 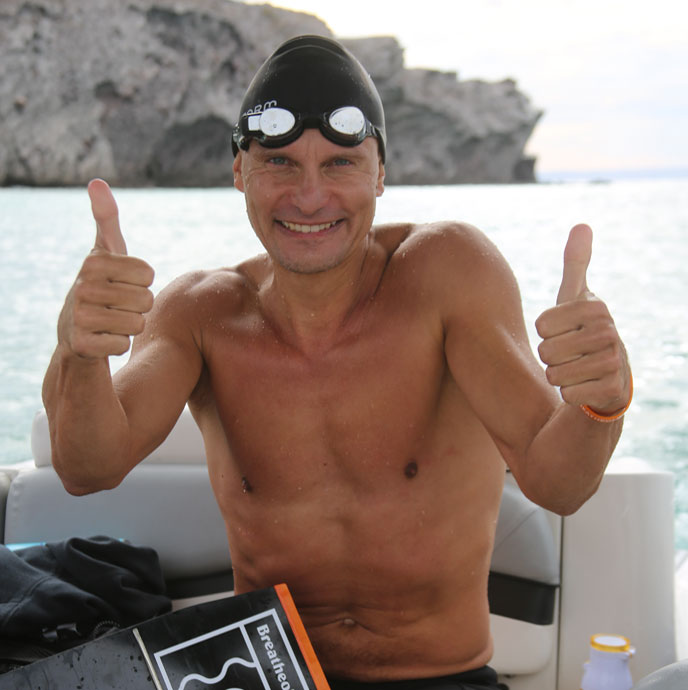 One thing explorers have in common… they challenge the limits of their physical bodies.  The ability to bump up against the edge of the impossible, and then push a little bit further, is what sets them apart from others.

Dr. Stig Severinsen is one such explorer, and his recent conversation with Richard is compelling. Stig learned at an early age as a competitive swimmer that he could hold his breath longer than the other swimmers if he would relax.  This gave him a natural edge against the others, and he’s gone on to set many world records over the years.

Stig strives to show what’s possible. Most people want to realize good health but don’t understand the importance of breathing in achieving health goals.  He tells us about the difference between stress breathing and relaxed, optimized breathing.

His remarkable technique, Relaxation on Demand, is the key to increasing the ability to hold your breath and to achieving greater strength and health.  Listen as he explains some of the free and simple things you can adjust in your life to improve lung capacity and general well-being.

Stig Severinsen has a degree in biology and a PhD in medicine. He was a part of the Danish National underwater rugby team and played underwater hockey on the Spanish National team. To learn more about Dr. Stig Severisnen, visit his website, https://www.breatheology.com/. Join us for new episodes of Life’s Tough: Explorers are TOUGHER! at https://www.lifestough.com/podcast/explorers/.

Host Richard Wiese is an American explorer and author of the guidebook, Born to Explore: How to Be a Backyard Adventurer.  He became the youngest person to become president of the exclusive Explorers Club in 2002. Richard is also Executive Producer and Host of the PBS weekly television series Born to Explore with Richard Wiese.