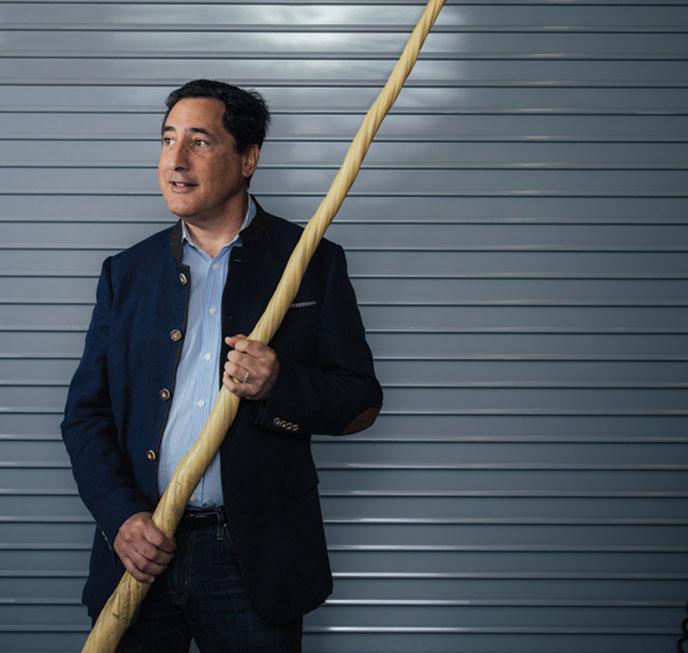 Dr. Martin Nweeia received fellowships in anthropology and vertebrate zoology at the Smithsonian and was content curator for the Smithsonian exhibit, Narwhal Revealing An Arctic Legend. Martin is also a fellow of the Explorers Club and Canadian Royal Geographic Society and recipient of the Lowell Thomas Award. He has conducted research in the high Arctic of Canada and Greenland for over 20 years as an NSF research scientist and National Geographic Explorer and represented United States/Canada collaborative research as opening speaker at the International Pavilion in Ottawa celebrating Canada’s 150th Anniversary.

Rather than pursuing a childhood dream of being an orchestra conductor, Martin chose to be a dentist and marine mammal biologist instead. Martin has always been fascinated with teeth—from the humankind to the 9-foot spear-shaped tusk that juts out of the narwhal, an Arctic whale. His interest in teeth and dental health deepened as a 14-year-old who read a Time Life book on health care that focused on Case Western Reserve’s model of forging a new pathway in medical education. “The commitment to innovation made a lasting impression,” Martin says.

With help from a National Geographic grant, Martin sought to uncover the secrets behind the extraordinary tusk of a whale—the narwhal—that resembles the horn of a unicorn. In 2000, Martin and a team of scientists discovered that the tusk is actually quite flexible and can bend one foot in any direction and that its nerve system could detect temperature, pressure, motion, and more. “I love when life points you in directions that you resist,” Martin explains. “It’s too easy when things make sense, and life hums along. There was nothing about the narwhal that made any sense to me.”

In 2014, Martin and his team published what he calls their “astounding” discovery: the narwhal tusk is a sensory organ that can detect subtle changes in the concentration of salt in the surrounding seawater, helping the animal find mates and possibly forage.

Martin collaborates closely with Inuit elders and hunters of the Arctic, whose deep, traditional knowledge informs his research. His quest began 17 years ago and has taken him on more than a dozen summertime research trips to inlets in the Arctic waters of Canada’s Northwest Territories. “I am fascinated by teeth, all their myriad forms in nature,” he says. “What better way to learn about teeth than to better understand the one that questions all you’ve learned.”

Join Richard and Martin for a fascinating discussion about Martin’s philosophy of life and the lessons he has learned during his extensive research of the narwal, and his time spent with the Inuit people.