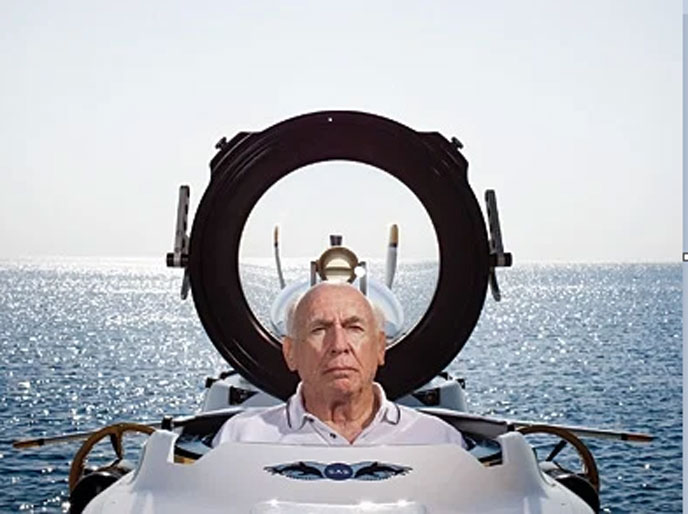 Captain McLaren is a graduate of the U.S. Naval Academy and U.S. Naval War College. He holds master’s degrees from George Washington University and Cambridge (Peterhouse) University, and after retiring from the Navy in 1981, he received his doctorate from the University of Colorado. He is also a highly decorated submarine captain; his awards include the Distinguished Service Medal, the nation’s highest peacetime award, two Legions of Merit and four Navy Unit Citations.

Captain McLaren has completed three successful missions to the Arctic—and the first submerged transit of the Northwest Passage aboard the USS Seadragon. This mission resulted in the first baseball game ever played on the North Pole. Aboard the USS Queenfish, his following missions were a Baffin Bay cruise and an expedition to the North Pole, with the primary intention of this mission being the first-ever exploration and collection of hydrographic, oceanographic and sea-ice data. En route, Captain McLaren and his crew examined the underside of icebergs, navigated the unpredictability of deep-draft sea ice, mapped the plains, crags and fissures of the seabeds and successfully completed the first, and only, underwater survey of the entire Siberian Continental Shelf.

As a deep-sea explorer and scientist, Captain McLaren has completed dives to explore historic wrecks, participating in “The First Manned Dives to the German battleship Bismarck,” at an incredible depth of 4,750 meters beneath the sea; and to the wreck of the R.M.S. Titanic and the Rainbow Hydrothermal Vents near the Azores, working with the Russians, using Russian deep-diving MIR submersibles to get a closer look at what’s left of this once magnificent vessel.

Captain McLaren is the author of three books detailing some of his incredible missions during the Cold War and his discoveries under the icy seas, with a fourth coming this summer sharing in more detail his deep dives exploring historic shipwrecks. His book, Unknown Waters (University of Alabama Press, 2008), was judged a “Notable Naval Book of 2008” by the U.S. Naval Institute. As a research scientist in climate change in the Polar Regions, he has also written over 50 peer-reviewed research papers and is a National Geographic Global Perspectives lecturer.

“Retirement isn’t in my vocabulary. There’s still too much I want to achieve. I am still thoroughly enjoying the rich smorgasbord of life,” says 84-year-old Captain McLaren.

Join Richard and Captain McLaren for exciting tales of life and exploration aboard a nuclear attack submarine and what the “cat and mouse” games during the Cold War were really like.