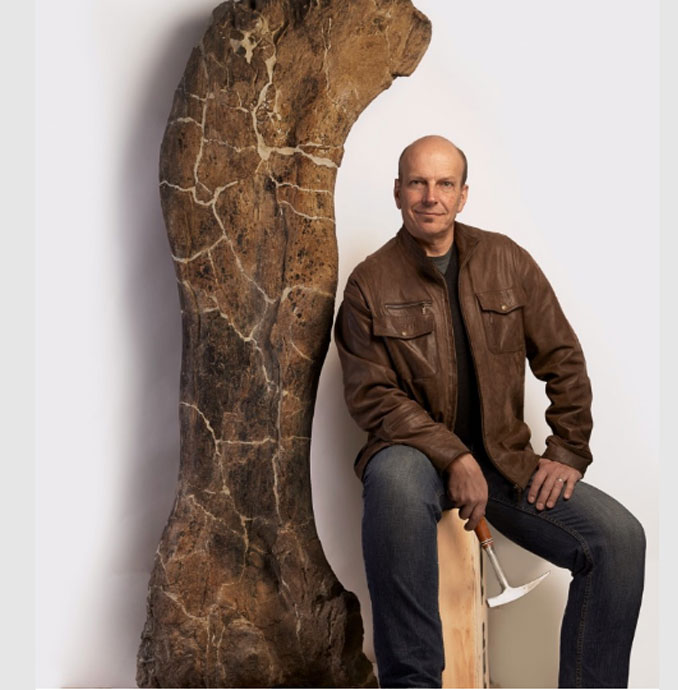 Life’s Tough Media is pleased to announce the latest episode of our “Life’s Tough: Explorers are TOUGHER!” podcast series. Hosted by Richard Wiese—explorer extraordinaire and President of The Explorers Club—this episode features Ken Lacovara, a Professor of paleontology and geology at Rowan University.

Ken is the founding Director of the Edelman Fossil Park of Rowan University, a 65-acre property in southern New Jersey that preserves a K/Pg bonebed of vertebrate fossils and serves as a site for STEM (Science, Technology, Engineering and Math) education and outreach. In the depths of its quarry, Ken and his team are uncovering thousands of fossils that provide an unprecedented view of the last pivotal, calamitous moments of the dinosaurs.

Ken first learned about this site—located behind a Lowe’s Hardware store—from a friend in 2003. It was a great site for his students to practice excavating, but it also held a surprise—a layer of fossils that were still articulated, suggesting that the creatures in that layer had died suddenly, all at once, and settled to the bottom. This discovery holds evidence and answers for questions that paleontologists have long debated.

In 2005, Ken gained the world’s attention when he revealed the discovery of a new supermassive sauropod dinosaur species unearthed in southern Patagonia, Argentina, the Dreadnoughtus (Latin for “fears nothing”). To this date it is one of the largest dinosaurs ever discovered.

Ken has worked on successful projects in remote places including the Egyptian Sahara and the Gobi Desert of China. “In the field you are never comfortable, you are always hot or cold, tired or hungry. But when you hammer at the rock with a chisel [and reveal] something that no human has ever seen in history, you know that you’ve made an unassailable contribution to the stock of reality. It’s addictive!” says Ken.

Join Richard and Ken for an exciting discussion about the record-breaking discoveries and important projects Ken has been involved with and learn more about why dinosaurs matter.