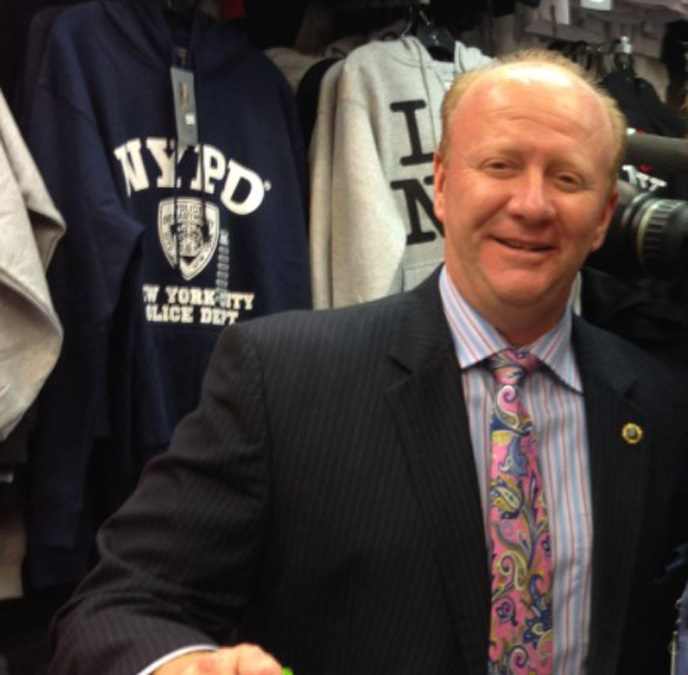 This “Life’s Tough” episode released on March 10th, 2021 and is now available on all major podcast networks, under the Podcast Channel “Life’s Tough”.

Rick joined the NYPD on January 4, 1984 and worked in the 114 precinct’s (in Queens) anti-crime. In 1988 he was assigned to the Detective Bureau with the 105 Detective Squad. Rick is considered one of the greatest interrogators in the history of the NYPD and was nicknamed “Master of the Box”. He worked his way up to the Manhattan South Homicide Squad and the 26 years he served as a homicide detective, saw over 700 cases cross his desk and is proud to say “…solved 575 of them.”

In 1996 Rick was elected the Queens Trustee for the union representing the Greatest Detectives in the world—The DEA (Detectives Endowment Association). Shortly thereafter he was elevated to DEA Secretary, where he served for 6 years, negotiating contracts, grievances, hearings, health benefits, annuities and all other union related matters.

Remarkably, while investigating homicides, Rick also closely worked with the producers of the legendary series “NYPD Blue”—one of the most successful law enforcement TV series ever! Rick, working alongside Bill Clark, advised intimately with the casting, writing, development, post-production and locations—with his access to police departments throughout the country proving to be his strongest asset. He has also worked behind the scenes on “Big Apple” and the feature films “Pride & Glory” (advising Jon Voight, Ed Norton, and Colin Farrell) and “Exposed” (coaching Keanu Reeves in specific police lingo). Rick was Executive Producer of “Watching the Detectives” on A&E, and “The Perfect Murder” on ID. Rick first forged his friendship with Titus Welliver on “NYPD Blue” and later, on “Big Apple.”

Rick wore many hats during “The Perfect Murder,” “Watching the Detectives,” “I Married a Mobster,” and while producing “Godfather and Son” working with several actors to teach accurate terminology and sometimes even giving them a tour of the precinct. He also played the instrumental role of conducting interviews for the shows. “One of the things we always try to do is show that the cops are out there to do the right thing,” Tirelli says of projects like Ace, “…and that means, stories showing how the police and public work in tandem to solve crimes.”

Rick retired from the NYPD on March 1, 2015 as a 1st Grade Detective to further his television producing partnership with Kevin Kaufman from Kaufman Films. “Kevin and I do everything together, pretty much from the beginning to the end,” Rick says. “We basically put our minds together … not only for the police stuff but for all of it.”

Join Dustin and Rick for a deep dive into his 31-year career with the NYPD and learn some of the “behind the scenes” work that goes into making the greatest cop shows and films ever produced!