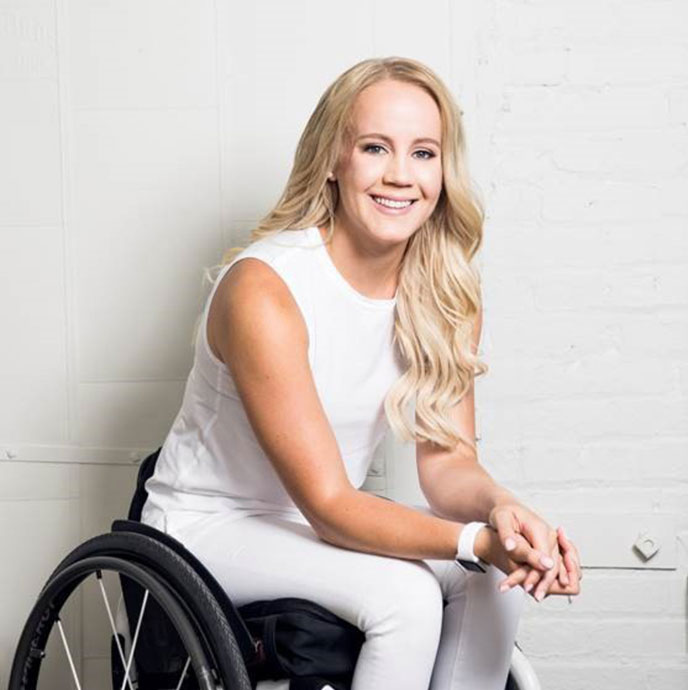 Mallory Weggemann, paralympic gold metalist, smashing limitations in and out of the pool!

This “Life’s Tough” episode released on March 3rd at 7 p.m. (EST), and is now available on all major podcast networks, under the Podcast Channel “Life’s Tough”.

A competitive swimmer since she was seven, Weggemann was 18 and a former co-captain of her high-school swim team in Minneapolis when she received a third and final epidural injection to alleviate back pain in January 2008. The procedure went awry and left her paralyzed from the waist down.

Several months later, after one of her sisters showed her a story in the local newspaper about the 2008 Paralympic swimming trials taking place at the University of Minnesota, Weggemann went to the meet to speak with the coaches. One of them offered to train her. In a Sports Illustrated article in 2016, Weggemann said: “When I got back into the pool, I started by racing nine-year-olds who were beating me. But I knew I was back to racing. With each passing practice, I got faster and each was a new step forward. Swimming signified fighting back.”

Weggemann attained her first set of world records at the 2009 Speedo CAN-AM Para Swimming Championships, held in Edmonton, Alberta in Canada. And, in 2012, she was swimming for Team USA at the Paralympic Games in London, where she won two medal—a gold and a bronze.

Following her Olympic experience, Weggemann became a motivational speaker at corporate gatherings and she also began training for the 2016 Paralympic Games in Rio de Janeiro. Then, in 2014, she suffered an injury that resulted in lasting nerve damage to her left arm. She again fought back and ultimately earned a place on the U.S. team that went to Rio.

Weggemann has kept her competitive swimming career going. She won two gold medals and one silver at the 2019 World Para Swimming Championships in London.

Additionally, Weggemann continues to be a prominent public advocate for Americans with disabilities. Her book, Limitless: The Power of Hope and Resilience to Overcome Circumstance released early in March.

Join Dustin and Mallory for a rousing conversation on how Mallory turned tragedy to triumph through resiliency and hope, and how she motivates others to do the same.