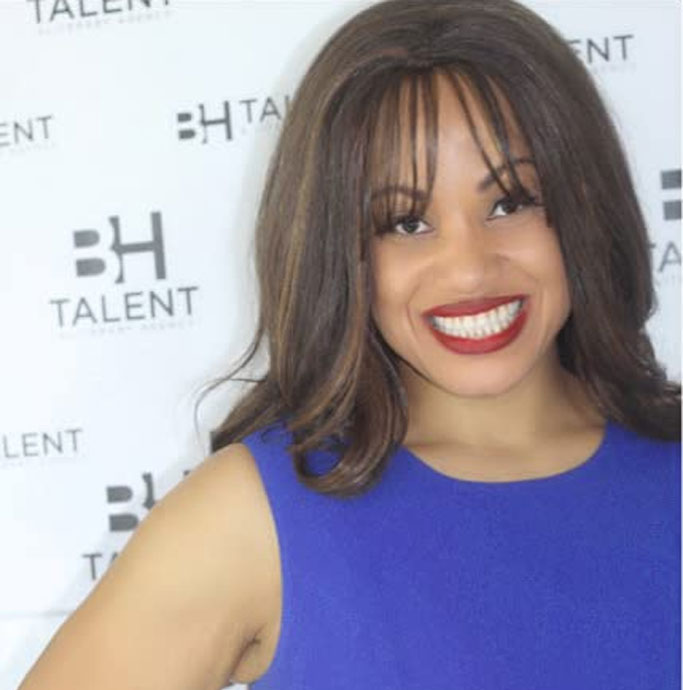 This “Life’s Tough” episode released on January 27th, 2021 and is now available on all major podcast networks, under the Podcast Channel “Life’s Tough”.

LyNea “LB” Bell – the Southern California talent agent whose motto is ‘do it with passion or don’t do it at all’ has operated the Bell Hall (BH) Talent and Literary Agency for the past five years. With grit, savvy and ’a tough skin,’ LB defied the odds in getting her agency up and running. She entered an industry known for its cut-throat culture, and one that was traditionally for men. The chances of a Black, single mom making it in this industry seemed remote. Yet, LB, as she has consistently done, managed to forge a path to success.

Though people may first see her as a demure, youthful-looking woman when they first meet her, LB says she’s really ‘a silent beast’ who’s apt to get an edge through her comprehensive knowledge of the industry and her steadfast ability to negotiate with anyone.

Located in Encino, California, BH is a full-service agency that represents talent throughout the entertainment industry. Its dozens of clients are generally people who have worked for years in television, film, comedy, commercials, print, and literary development. LB considers herself a partner with all of her clients. As such, she promotes a mindset within her agency in which the clients are expected to regularly invest in themselves through coaching, training, and interacting with like-minded individuals. Through these collaborative activities, her clients can advance their marketability, she says.

LB is all about getting better and being ready for success. “You wish, you want, then you get it,” she says, “but you’re not prepared for it so it slips through your fingers.” LB also strives to support her clients’ interests in working in new areas. “We start looking at other things they wanted to do,” she says, “and we put together a strategy to get to those points, as well.” She refers to this individual creative development as attaining “hyphenation”—when someone, for instance, can become a writer-producer or a TV actor-voiceover specialist. In that spirit, LB, herself, decided to tap into her interests in computer technology as she guided the seven-month development and recent launch of a new, privacy-based Internet search engine, GotConn.com.

Just prior to opening her agency, LB suffered a business reversal and lost everything. She became homeless and ended up living in her car for several months. Still, she bounced back to open the agency. A native of Seattle, LB gained familiarity with the entertainment industry by growing up in it. Her mother was an actor, producer and writer, and LB’s first client was her younger brother. When she was at an industry event with her brother, an established talent agent came over and told LB that she’d make a terrific agent. LB said she was often helping others navigate the industry. She just ’didn’t have the (agent) title.’

LB, who’s not quite 50, has cultivated her tenacious approach to meeting challenges for years. As the result of being sexually assaulted, she had a baby at the age of 14. The following year she graduated from high school and went to work to support herself and her child, and has been on her own ever since. Eventually, she earned an Associate’s Degree in computer programming.

LB has the unique distinction of being a triplet. Her mother raised the triplets even though she became a quadriplegic after being shot when she was 21.

Join Dustin and LyNea for a profound and stimulating conversation to hear what drives this fascinating woman and how she strives to inspire others to live up to their endless potentials. While growing up, “there was no ‘I can’t,’” L.B. said. “Things happen to you … and you make the best of them. There’s ‘I need a little help,’ and ‘Can you help me?’ — but you can never say ‘I can’t.’”