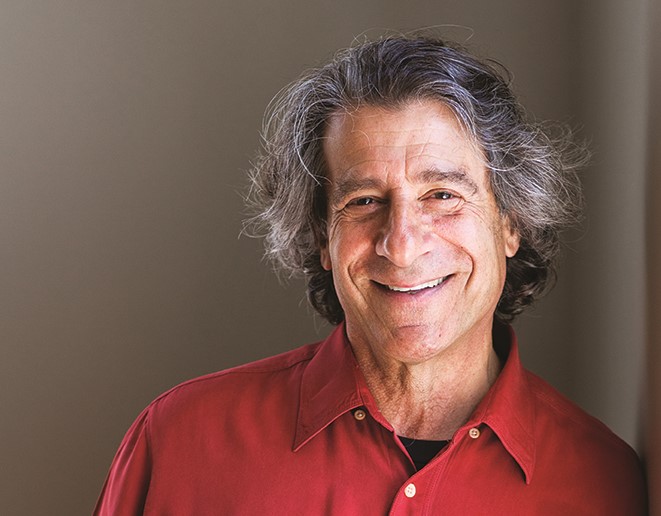 This “Life’s Tough” episode releases on December 3rd at 7 p.m. (EST), and thereafter available on all major podcast networks, under the Podcast Channel “Life’s Tough”.

Mel Allen is a New England institution. He wrote his first story for Yankee Magazine—the official publication of the region—in 1977, and has been there ever since, being named the magazine’s top editor in 2006. During his career at Yankee he has edited and written for every section of the magazine, including home, food, and travel, with his dedication of long form storytelling being vital to his mission. In his pursuit for a good story, he has raced a sled dog team, crawled into the dens of black bears, fished with baseball legend Ted Williams, profiled astronaut Alan Shephard, and stood beneath a battleship before it was launched. He also once helped author Stephen King round up his pigs for market, but that story is for another day.

Earlier in his career, Mel taught fourth grade in Maine for three years and believes that his education as a writer began when he had to hold the attention of 29 children through months of Maine’s long winters. He learned you had to grab their attention and hold it. He later taught magazine writing at the University of Massachusetts-Amherst for twelve years and currently teaches in the MFA creative nonfiction program at Bay Path University in Longmeadow, Massachusetts.

While Mel has seen his share of challenges in his 74 years (including the loss of both parents, his brother at the young age of 29, sister at age 58, and his first wife), he believes that his losses pale in comparison to the stories about those he has written about in the magazine. Admiring their courage, he uses their stories of strength and resilience “to keep going and doing good.” He says, “I am certain that my desire to write about these people were fueled by my personal experiences. So many of my stories have been about people faced with seemingly impossible obstacles. And through-perseverance—and in no small measure, courage – they find a way to push through.”

Some of Mel’s most inspirational stories (in his own words) include:

– One of my first stories for Yankee, in the early 80s, recounted how six young men who had trekked through snow and ice to climb Maine’s highest mountain in winter became trapped on a tiny ledge by a fierce, unexpected blizzard. Though temperatures plunged well below zero made it impossible to move, all through the night they shouted hundreds of times, “Endure! Endure!” All but one made it off the ledge at daylight, and one eventually lost his legs, only to become the world’s best para-Olympic skier.

– Grace Corrigan:  The mother of Christa McAuliffe, she stood watching Challenger lift off that cold January morning in 1986 and then explode—a tragedy that could have destroyed her. Instead, she found the resolve to carry on her daughter’s mission to highlight how vital education and teachers were.  https://newengland.com/yankee-magazine/living/profiles/christa-mcauliffe-nh/

– Bill De la Rosa:  When Bill was in 10th grade his mother returned to Mexico to what she was told would be routine paperwork to enable her to obtain a legal visa, since her children were US born and her ailing husband was a U.S citizen. Instead, she was detained for having once crossed illegally, leaving Bill to care for and raise his young brother and sister. My story told how he graduated first in his class, came to Maine’s elite Bowdoin College and graduated being named the number one Hispanic scholar in America.  https://newengland.com/yankee-magazine/living/profiles/two-worlds-bill-de-la-rosa/

– Brendan Loughlin:  I told about this once homeless man, whose paintings of sunflowers inspired an entire Connecticut town and how he went from obscurity to a local institution.  https://newengland.com/yankee-magazine/travel/connecticut/stilllifes/

Besides writing about the people who have defied defeat, Mel has assigned and edited countless others—including the story of a logger who had to saw off his own leg when a tree fell on him deep in the woods, and a sailor who survived two months on a small raft.

Mel is also the author of A Coach’s Letter to His Son. His column, “Here in New England,” was 2009 and 2012 National City and Regional Magazine Awards Finalist for the category “Column.” He is also one of the feature writing judges for the National Magazine Awards for the American Society of Magazine Editors, where he weighs in on many of the best nonfiction long form narratives to appear in magazines in the past year.

Mel lives and writes in New Hampshire and like all editors, his greatest joy is finding new talent and bringing their work to light.

Join Dustin and Mel for a heartfelt chat and hear Mel share stories that highlight humanity’s incredible courage and about looking to others to find your inspiration and overcome your own challenges. Of these stories Mel says, “When we read about those of us who have endured, we find solace and hope for ourselves as well. We feel we know them. Maybe they are no different from us, their storms were simply stronger. Because they made it, we believe we can.”