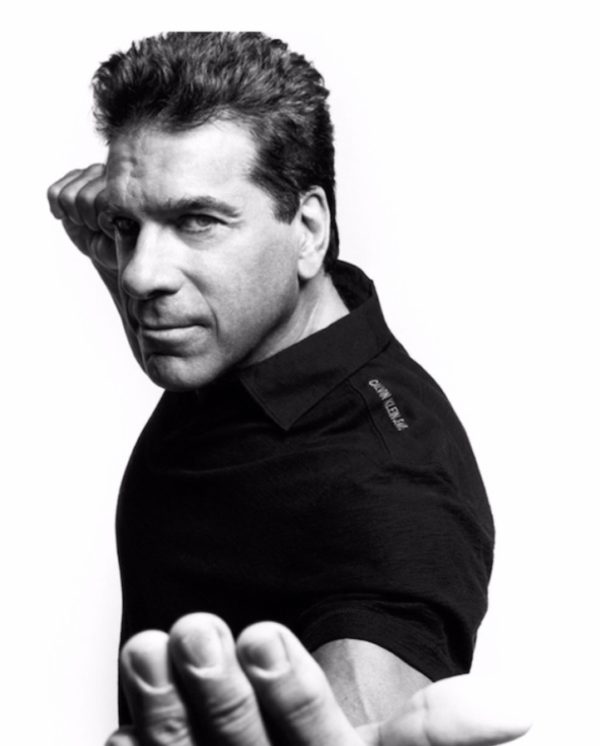 Lou Ferrigno, overcoming adversity and inspiring others to become incredible

Dustin Plantholt’s “Life’s Tough—YOU can be TOUGHER!” podcast is honored to feature Lou Ferrigno, an American actor, motivational speaker, fitness trainer/consultant, and celebrated professional bodybuilder (retired). As a bodybuilder, Lou won an IFBB Mr. America title and two consecutive IFBB Mr. Universe titles; and as an actor, he is best known for portraying the title role in the CBS television series, The Incredible Hulk.

This “Life’s Tough” episode released on April 22th, 2020 and is now available on all major podcast networks, under the Podcast Channel “Life’s Tough”.

Lou was born in Brooklyn, New York, to Victoria and Matty Ferrigno—an Italian-American police lieutenant. Soon after birth, Lou suffered a series of ear infections and lost 75% of his hearing (though his condition was not diagnosed until he was three years old). Wearing hearing aids since the age of five, Lou credits his hearing loss in shaping his sense of determination in his youth, saying “I think that if I wasn’t hard of hearing I wouldn’t be where I am now. Early on, as a youngster it was difficult, but I’m not ashamed to talk about it because many people have misconceptions about hearing loss; like who has hearing loss and what it’s like not to hear, so I do talk about it. I think my hearing loss helped create a determination within me to be all that I can be—and gave me a certain strength of character too.”

Undeterred by what many would perceive as a disadvantage, Lou threw himself into athletics (predominantly weightlifting and bodybuilding) and started weight training at age 13, citing bodybuilder and Hercules-star Steve Reeves as one of his role models. He was also a fan of the Hercules films that starred Reeves and would later himself play Hercules. Lou’s other childhood heroes included Spider-Man and the Hulk—which he would also play later on television. Throughout his early bodybuilding career Lou worked as a sheet metal worker in a Brooklyn factory. Citing dangerous work, he left after a friend and co-worker accidentally cut off his hand. Through faith in himself and unrelenting determination to be among the best in the sport, Lou won his first major bodybuilding titles in 1973 – IFBB Mr. America and IFBB Mr. Universe. Lou was only 21 when he won his first Mr. Universe title, a Guinness Book world record that stands to this day. In 1974, he came in second on his first attempt at the Mr. Olympia competition. He came in third the following year, which was documented in the now-iconic bodybuilding documentary, Pumping Iron.

1977 was a turning point in Lou’s life with the release of Pumping Iron, which brought the attention of television producer Kenneth Johnson (Six Million Dollar Man, The Bionic Woman, V, Alien Nation), who was seeking the right person to portray the larger-than-life comic book superhero, The Incredible Hulk. With his 6′ 5″, 285 lb. frame, Lou was the biggest professional bodybuilder at the time. He auditioned for and won the part, beating out fellow bodybuilder, Arnold Schwarzenegger. Lou continued playing the Hulk role until 1981, as it was a huge ratings success that spawned several TV movies after the initial TV series completed its run. It also kept Lou busy for several years as an actor in films that included Hercules (1983), Sinbad of the Seven Seas (1989) and Cage (1989).

On May 3, 1980, Lou married psychotherapist Carla Green, who then also began serving as his manager and later became a personal trainer herself. Along with their three children, Shana, Louie and Brent, they are endearingly referred to as “The First Family of Bodybuilding”—living and promoting a fit and healthy lifestyle.

In his admirable desire to give back to his community, in February 2006, Lou was sworn in as both a Los Angeles County, California Deputy Sheriff, as well as a San Luis Obispo County Deputy Sheriff.

Join Dustin and Lou for an honest and lighthearted conversation on Lou’s multi-faceted career and how he overcame adversity at a young age to rise strong, take control and lead and inspire others. “It always fascinates me how I can connect with the people…teach them about leadership,” Ferrigno says. “Take care of your body…exercise…feel good about yourself. Be disciplined like myself as a body builder…so that effects other things you do in your life.