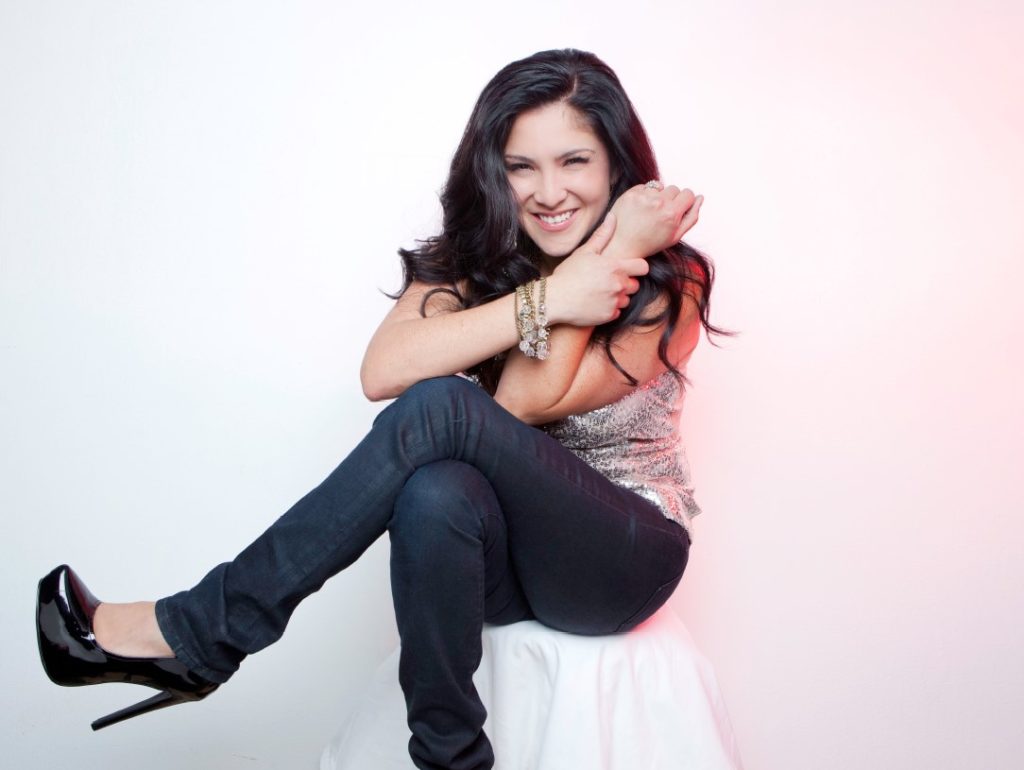 This “Life’s Tough” episode released on December 11th, 2019 and is now available on all major podcast networks, under the Podcast Channel “Life’s Tough”.

Velasquez was born in Houston, Texas on October 15, 1979 and is of Mexican, Spanish, French, Scottish, and Arab ancestry. She grew up in a lyrical environment where her parents were singers and pastors at an evangelical church. At the age of nine, she began traveling with her father—who by then was a full-time singing evangelist—first singing backup, and then singing solo, and releasing two independent records. It was while on the road that she was discovered by a representative of Myrrh Records.

In addition to her remarkable music success, Jaci is an actress and has been featured in five faith-based films since 2009. She has also co-hosted Salem Broadcasting Network’s “The Family Friendly Morning Show with Doug and Jaci Velasquez” with more than 1.5 million daily listeners.

On October 8 of this year Jaci released her memoir, When God Rescripts Your Life: Seeing Value, Beauty and Purpose When Life Is Interrupted, sharing how she overcame the challenges of early fame and a failed marriage and trusted God to turn her broken pieces into priceless treasures. After the release of her first album at the awkward age of sixteen, Jaci Velasquez found sudden fame. Five of the songs reached number one, and she became the first and fastest-selling solo artist in Christian music history to reach gold status with a debut album. Despite her initial success, however, her career stalled, and her young marriage ended quickly, leaving her feeling broken, used up, and sometimes useless. But God repurposed those experiences for a greater plan as her renewed faith carried her through a resurrected career, the adventures of a second marriage, and the ups-and-downs of being a wife and mother of two boys, including one diagnosed with autism.

Through a blend of personal narrative, practical strategies, and the truth of God’s word, Jaci invites readers to rewrite their own stories and dream new dreams for their lives. Her life-transforming insights will guide readers in not only overcoming challenges, wrong turns, and often painful circumstances, but also in growing from those experiences and becoming equipped and empowered to help others.

In addition to writing, recording, touring and acting, Jaci serves as an advocate for autism awareness.

Join Dustin and Jaci for a heartfelt conversation on life’s numerous twists and turns and hear how Jaci’s faith helped her navigate the curvy roads and grow stronger along the way. “I may not know what to do or what the future holds,” Jaci says, “but I trust that God does.”