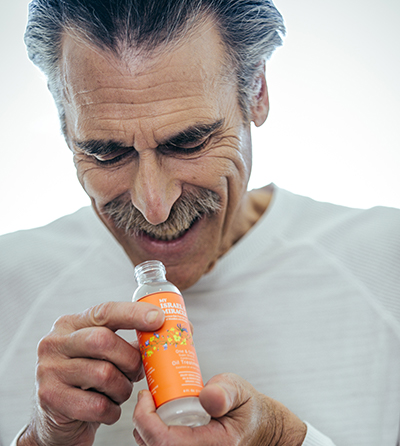 Dustin Plantholt’s “Life’s Tough, YOU can be TOUGHER!” podcast is honored to feature Brian K. Marks, who has launched a series of companies that offer quality hair care products. Born and raised in Brooklyn, New York, Brian began his entrepreneurial career by selling products to the health-food trade from his car trunk.

This “Life’s Tough” episode released on August 14th, 2019 and is now available on all major podcast networks, under the Podcast Channel “Life’s Tough”.

Born and raised in Brooklyn, New York, Brian began his entrepreneurial career by selling products to the health-food trade from his car trunk.

At age 25, he started a haircare company called “African Pride.” That company, which produced haircare products for the African-American community, was so successful that Brian received the prestigious “Ernst and Young Entrepreneur of the Year Award” in 1996.

Brian then was named president of Revlon’s worldwide Multicultural Division. Working at a big company, however, did not suit his entrepreneurial spirit.

He waited out his non-compete agreement with Revlon, and then, in 2004, started another new brand, “Dr. Miracles.” The brand name referred to a fictitious, cure-providing scientist.

Like “African Pride,” the brand was a hit, and Brian subsequently sold it to a major private-equity company.

“African Pride” and “Dr. Miracles, along with a couple of other brands Brian created – “All Ways Natural” and “Ginseng Miracle” – continue to rack up sales, surpassing a billion dollars in collective retail revenue.

After the sale of “Dr. Miracles,” Brian took time off.

He met his future wife Nene, a former model who emigrated to the United States from West Africa. The couple has three sons and three daughters.

Brian also became curious about his Jewish heritage and began studying it which prompted him to travel to Israel for the first time.

It was while in Israel that Brian said he felt “an amazing connection to something ancient, spiritual, and energizing.” He further discovered that there were ingredients, which had been used for thousands of years. Such ingredients, he thought, could be the basis for a new, organic haircare formula.

The result was the onset of Brian’s latest product line, “My Israel’s Miracle.”

Life’s tough – you can be tougher, like Brian Marks, who never tires of bringing a new product to fruition, and leveraging his success for the sake of good in the world.