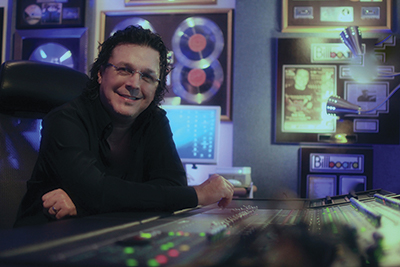 Dustin Plantholt’s “Life’s Tough—YOU can be TOUGHER!” podcast is honored to feature Rudy Perez, iconic Latin songwriter, record producer and philanthropist. Rudy shares his remarkable life story in his new memoir, “The Latin Hit Maker” which describes how through faith, family and music he overcame endless obstacles in life to become a legend in the music industry.

This “Life’s Tough” episode released on August 21st, and is now available on all major podcast networks, under the Podcast Channel “Life’s Tough”.

In the 1950’s during the Cuban Revolution, Cuba was experiencing massive political and socio-economic turmoil. Rudy Perez was just seven months old when in 1958 Fidel Castro strong-armed into power, destroying Cuba’s democracy and curtailing the freedoms of its proud people—drastically transforming Cuba’s economy and civil society. Rudy’s family, like many others in Cuba, endured many hardships as oppression and dismay took over every aspect of their lives and their beloved country.

In his memoir, “The Latin Hit Maker,” readers follow as Perez and his family were able to get on a ‘Freedom Flight’ to the U.S. when his father, who was in jail as a political prisoner, was on temporary leave from prison. Perez’s upbringing in the U.S. wasn’t at all easy—enduring endless bullying in school, to being the victim of sexual assault as a child, to being coerced to joining a violent gang—which landed Perez in a state school for juveniles. Upon his release, he made a promise to God to never return to a life of crime. Instead, he focused on music and promptly received his first big break when he became the lead vocalist and guitarist for a Miami-based band.

As he puts it, he was a ‘ten-year overnight success’ as his professional journey, in addition to the highs, has also been filled with countless lows—from succumbing to the temptation of drugs to being deceived by unscrupulous characters in the music industry.

But, with his strong faith in God and the ‘astounding measure of drive and ambition’ instilled in him by his parents, Perez went on to marry, become a father and achieve fulfillment and success in an unparalleled music career. From recording his first Spanish album, Rudy, in 1983 with RCA Records to working with just about every notable singer, producer and music industry giant, Perez will say he has and continues to be deeply blessed. “To sum up my sixty years, I have to say that the only way a Cuban boy who came to America with one set of clothes could become an internationally known music composer and producer, working at the level I have been allowed to create at all these years, with the incredible artists I have been blessed to know as friends, is by the grace of God,” Perez states.

Life’s tough – you can be tougher, like Rudy Perez