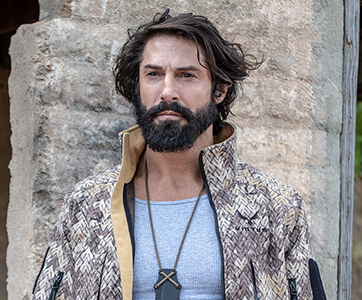 Dustin Plantholt’s “Life’s Tough, YOU can be TOUGHER!” podcast is honored to feature Sgt. Rudy Reyes the former Marine who became a military advisor, motivational speaker, personal trainer, author, conservationist, and, even an actor.

This “Life’s Tough” episode released on May 1st, 2019 and is now available on all major podcast networks, under the Podcast Channel “Life’s Tough”.

While in the Marines, Reyes successfully completed the required training to become a member of Marine Force Reconnaissance. Of 300,000 Marines at the time, only 300 were in this elite unit. He served in three separate campaigns in Afghanistan and Iraq. One of his missions, which was connected with the invasion of Iraq, became the basis for an HBO miniseries, “Generation Kill.” Reyes played himself in the series.

Please join host Dustin Plantholt and his Life’s Tough team as they discuss how Rudy Reyes confronted a lifetime of challenges, starting with an unsettling home life during boyhood, and ultimately, the savage experiences he had on the battlefield. Through it all, Reyes has committed himself to ongoing personal transformation, while also helping other veterans transition into a post-war existence.

Life’s tough – you can be tougher, like Sgt. Rudy Reyes.